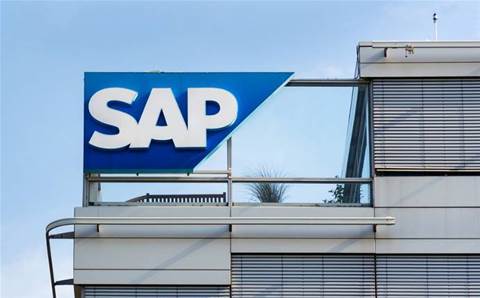 SAP plans to take its Qualtrics business public in an IPO in the US just 18 months after SAP acquired the experience management application developer for US$8 billion.

SAP intends to retain a majority ownership stake in Qualtrics, currently part of SAP’s cloud application portfolio. SAP will also “remain Qualtrics’ largest and most important go-to-market and research and development partner while giving Qualtrics greater independence to broaden its base by partnering and building out the entire experience management ecosystem,” the company said in a statement.

The announcement of SAP’s initial public offering plans for Qualtrics came Monday as the company announced the financial results for its second quarter in which the company reported a 1.7 percent gain in revenue despite the COVID-19 pandemic and disruption to the global economy.

Qualtrics experience management or “XM” applications are used to survey and track customer and employee experiences and sentiment, combining operational and survey data to obtain feedback on everything from job satisfaction to products and brands.

SAP struck a deal to buy Qualtrics for US$8 billion in November 2018 just four days before the company was scheduled to go public on its own with a proposed valuation of US$4.8 billion. The acquisition, completed on Jan. 29, 2019, was led by then-CEO Bill McDermott who left the company in October 2019 to become the CEO of ServiceNow.

“SAP’s primary objective for the IPO is to fortify Qualtrics’ ability to capture its full market potential within experience management,” SAP said in the statement announcing its plans. “This will help to increase Qualtrics’ autonomy and enable it to expand its footprint both within SAP’s customer base and beyond.”

Qualtrics “has operated with greater autonomy than other companies SAP had previously acquired,” SAP said. Co-founders Ryan Smith and Zig Serafin have been managing Qualtrics as CEO and COO, respectively, and will continue to run the company after the IPO.

“When we launched the Experience Management category, our goal was always to help as many organizations as possible leverage the XM platform as a system of action,” Smith said in the statement. “SAP is an incredible partner with unprecedented global reach, and we couldn’t be more excited about continuing the partnership. This will allow us to continue building out the XM ecosystem across a broad array of partners.”

SAP, based in Germany, was careful to say that the planned IPO does not signal a move away from Qualtrics or its XM business. “SAP is fully committed to experience management and the Qualtrics XM Platform as a key element of its intelligent enterprise strategy. SAP will remain Qualtrics’ closest and most important co-innovation and go-to-market partner,” the company said.

“SAP’s acquisition of Qualtrics has been a great success and has outperformed our expectations with 2019 cloud growth in excess of 40 percent, demonstrating very strong performance in the current setup,” SAP CEO Christian Klein said in the statement.

SAP currently owns 100 percent of Qualtrics shares. After the IPO it will retain majority ownership of the company, “and has no intention of spinning off or otherwise divesting its majority ownership interest,” the company said. Ryan Smith “intends to be Qualtrics’ largest individual shareholder,” SAP added.

The company said final decisions about the IPO, including its timing and conditions, are “pending and subject to market conditions.”

SAP said it added more than 500 deployments of its flagship S/4HANA application suite in the second quarter and 37 percent of those were new customers.

During an earnings call with financial analysts Monday CEO Klein described the Q2 results as “fantastic,” despite the difficult conditions.

“Of course, the [COVID-19] crisis is far from over,” he said. “But still our results reflect the progress we have made as a company since the pandemic hit hard in March. We have adapted to the situation by truly transforming into a virtual organization and allowing our customers to continue with their business. Seventeen thousand customer go-lives in the past six months alone are showing SAP‘s resilience in this crisis.”

SAP is forecasting that revenue for all of 2020 will be in the range of 27.8 billion euros to 28.5 billion euros, in line with earlier guidance.