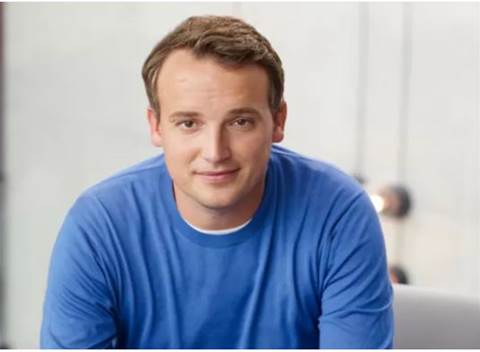 “Q1 was a blowout quarter in the cloud,” CEO Christian Klein said during a call Thursday with financial analysts to detail the results of the company’s 2021 first quarter.

SAP has been aggressively transitioning its software products and its customers to the cloud. In the quarter ended March 31 cloud revenue grew 7 percent to 2.15 billion euros (A$3.35 billion) and the current cloud backlog increased 19 percent.

“Looking ahead, driven by our strong order entry, cloud revenue will accelerate from here,” Klein said on the call.

Because cloud is sold on a subscription basis, the increase in cloud sales pushed the company’s recurring revenue – what SAP calls “predictable revenue” – to 78 percent of all revenue in the quarter, up two percentage points from the first quarter of 2020.

Ellison devoted a considerable amount of time during Oracle’s fiscal 2021 third quarter earnings call in March to bragging about the number of SAP customers that he said had switched to Oracle applications, adding that SAP “had entirely missed the boat” in the ERP software market.

Klein, while not specifically mentioning Oracle, was clearly responding to Ellison when he said: “Let me be clear. We are in the business of customer success, that’s what we prefer to talk about. Still, we cannot let recent unfounded claims made by one of our competitors go entirely uncommented.”

“Personally, I see it as a very positive sign that one of our main competitors spent so much time talking about SAP on their own earnings call,” Klein continued. “Let me tell you, we have been through their customer list. And, confidentially, we checked this claim. I absolutely encourage you to do your own research, talk to the customers as we did,” he told analysts.

The CEO also said SAP customers Google and Toshiba are “migrating their financial systems to S/4HANA” without specifically saying what they are migrating from.

Earlier this month SAP’s shares rose on the news that Google parent company Alphabet is adopting SAP’s ERP financial applications and discontinuing their use of ERP applications from Oracle. That news was initially reported by CNBC and later confirmed by SAP.

Klein recounted SAP’s momentum and customer wins in ERP applications overall. SAP now has more than 16,400 customers running S/4HANA, the company’s flagship ERP suite of applications, up by 400 from the end of 2020. S/4HANA competes head-to-head with Oracle’s Fusion line of ERP software.

Klein also pointed to International Data Corp. (IDC) research on the ERP application market that he said shows that “SAP has taken significant ERP market share since launching S/4HANA in 2015.”

During the first quarter SAP closed more than 100 transactions for its “Rise with SAP” offering, signing such customers as Carrefour Brazil and Sono Motors, Klein said. Launched on Jan. 27, “Rise with SAP” is a collection of software and services, offered as a single subscription-based product, designed to assist customers with cloud migration and digital transformation initiatives.

SAP’s 7 percent growth in cloud revenue in the quarter was somewhat offset by a 3 percent decline in software license and support revenue to 3.28 billion euros (A$5.11 billion).

Grow your software revenue by selling these 5 affordable, essential tools for the modern workplace
By Rick Whiting
Apr 23 2021
11:06AM