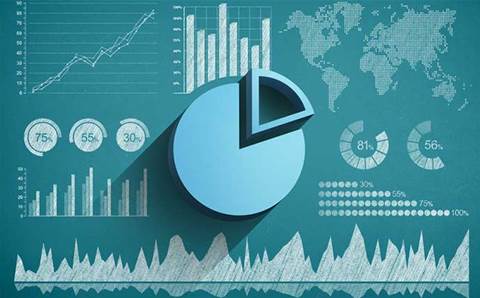 SAP will ship HANA 2, a new edition of the company's in-memory database offering a slew of new data management, analytical intelligence and application development capabilities, at the end of this month.

With the new edition, a significant upgrade for the original HANA that debuted in late 2010, SAP is doubling down on HANA as a platform for spurring digital transformation among its customer base.

The announcement, made at this week's SAP TechEd conference in Barcelona, comes just a week after the company launched a new release of SAP S/4HANA, the company's flagship ERP application suite that runs on HANA.

"Our goal is to help IT organisations evolve their operations into agile organisations for digital transformation,"Marie Goodell, vice president and senior director of marketing for the HANA platform, said. "Our goal with this release is to help customers really innovate."

HANA 2 will be released on 30 November and SAP plans to ship the express edition of HANA 2, the version that runs on desktops and laptops and is popular with developers, shortly after to help IT organisations jumpstart new development projects.

The May 2016 release of the original HANA, known as HANA SPS12, will be the last release of that software, although the software code will be maintained until 2019, Goodell said. Going forward all new enhancements will be in HANA 2 and the company plans on delivering new releases twice a year.

SAP is also in the process of certifying its own products, including SAP Business Warehouse (BW/4HANA) and the SAP S/4HANA application suite, to run on HANA 2. Goodell said that validation work would likely be completed sometime around the end of 2016 or into the first quarter of 2017.

On the analytical intelligence side, HANA 2 has new processing engines for text, spatial, graph and streaming data, while new algorithms for classification, association, time series and regression have been added to the predictive analytics library. SAP also said it has added new machine learning capabilities to its SAP BusinessObjects business analytics software and SAP Lumera data discovery tool – in both on-premise and cloud editions.

Last month, when reporting its third-quarter financial results, SAP said more than 4100 customers had adopted S/4HANA since its initial launch and about 10 percent of the company's ERP application customer base is now using S/4HANA. More than 80 percent of those implementations are supported by SAP's channel ecosystem, Sven Denecken, senior vice president and S/4HANA product manager said in an interview with CRN US.

The new release builds more native industry functionality into the software's "digital core," a change from SAP's earlier practice of providing industry-specific functions through add-on applications. The new approach helps address the lack of support for industry features in earlier releases – an issue that presented a potential roadblock to customer adoption of S/4HANA, said Julien Delvat, an SAP S/4HANA consultant at Bluefin Solutions, an SAP channel partner, in a blog post.

The new release also addresses what Delvat identifies as S/4HANA issues, including an unclear roadmap for several key applications and incomplete coverage for lines of business outside of finance.

The 1610 release "looks to be the first release of S/4HANA that 'mainstream' customers can adopt," Delvat said. "In particular, the coverage of most industry capabilities, the new innovations delivered for all lines of business, and the updated UX [user interface] are contributing to a compelling value proposition."