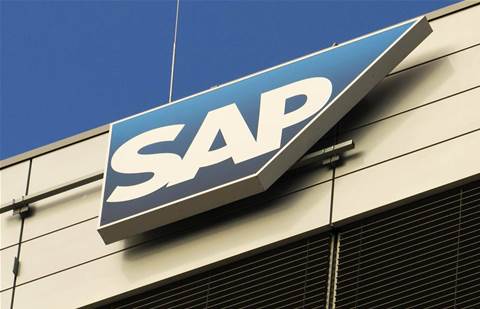 Software giant SAP recorded 35 percent revenue growth in cloud software and services in its fourth quarter, capping off a year in which cloud sales jumped 39 percent to reach nearly 7 billion euros or A$11.3 billion.

SAP said the company hit all of its revenue and profit targets in 2019, even though cash flow and profits were down because of restructuring costs, higher share-based compensation expenses and the company’s US$8 billion acquisition of customer experience application developer Qualtrics early in the year.

The quarter was the company’s first under co-CEOs Jennifer Morgan and Christian Klein, following the departure of CEO Bill McDermott in October to take the CEO job at ServiceNow.

The fourth quarter “was definitely a great finish to a great year,” Klein said during an earnings press conference Tuesday at the company’s Waldorf, Germany, headquarters.

“I’m actually very confident that we will see this kind of results going forward because, to a lot of the CFOs I’m talking to, large enterprises, mid-size and small – they are turning more and more towards SAP to drive the digital transformation,” Klein said. “In almost every industry, traditional business models are disrupted, AI is changing the game of how enterprises will work tomorrow.”

SAP has been transitioning its product portfolio from its traditional on-premises ERP applications and other software to cloud-based applications, including its SAP S/4HANA ERP and SAP C/4HANA CRM applications, as well as cloud applications it has acquired such as SAP SuccessFactors human resource management and Qualtrics customer experience management.

“With cloud revenue up 40 percent, we outperformed our major competitors and continue to rapidly gain cloud market share,” Klein said.

Some 1200 S/4HANA customers were added in the fourth quarter, about 40 percent of whom were net-new customers, bringing the S/4HANA customer base to more than 13,800. SAP has been encouraging customers that use its older SAP Business Suite, which includes the vendor’s legacy ERP, CRM and supply chain management apps, to upgrade to S/4HANA, which runs both on-premises and in the cloud.

But the migration is taking time. A recent study of SAP customers, conducted by software test firm Tricentis and ASUG (the Americas’ SAP Users’ Group) in late 2019, found that 72 percent of SAP customers had yet to begin migrating to S/4HANA. SAP plans to end support for SAP ECC (ERP Central Component) in 2025. Customisations of older products and integrations with third-party software are seen as potential challenges to upgrading to S/4HANA.

SAP also noted that for all of 2019 recurring revenue, what the company calls “more predictable revenue,” accounted for 67 percent of all sales, up from 65 percent in 2018.

Grow your software revenue by selling these 5 affordable, essential tools for the modern workplace
By Rick Whiting
Jan 29 2020
11:55AM