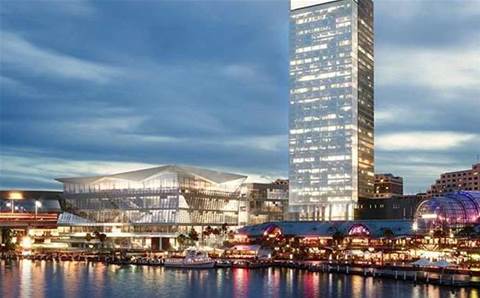 A pair of IT solution providers, Modality Systems and VMtech, have clinched key roles overhauling the network and deploying Skype for Business nationally for property giant Savills.

Modality, a major Microsoft collaboration partner headquartered in the UK with a local office in Sydney, replaced NEC equipment in a nationwide Skype for Business rollout to 650 Australian staff at Savills.

The deal is being heralded as a “landmark” win for Modality in the region, after it entered the local market in July 2014.

The company is replacing legacy NEC PBXs in capital cities with Skype for Business hosted at two Sydney sites.

As well as handling the solution design and delivery, the Microsoft Gold partner is providing 24x7 escalation support, hardware fulfilment and managed services.

Savills is a major player in the real estate arena. It was an agent in the $350 million pre-sale of the Sofitel Sydney International Convention Centre (pictured) – at the time the largest single asset hotel transaction in Australia. The firm also claimed responsibility for one of Sydney’s largest leasing deals in 2014, negotiating the 10-year lease by Thomson Reuters for a building in Pyrmont.

The role started as a “foot in the door” security refresh, and led to improvements to application performance, resiliency and breadth of security across Savills’ Australian and New Zealand offices, said VMtech chief executive Len Findlay.

Savills Australia CIO Michael Bartlett said: "As our staff become more geographically distributed, and with the plans to introduce new service offerings, core systems and collaboration tools, there was an underlying need to improve the speed and availability of our IT platform."

Eliminating departmental friction within MSPs
By William Maher
Nov 13 2015
7:26AM