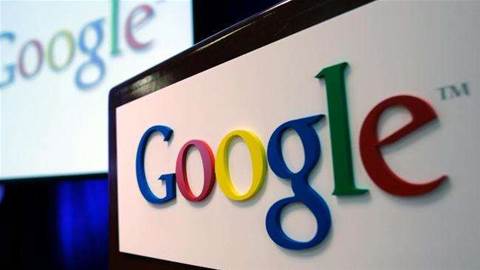 Google has not fixed its search results to favour its own services, executive chairman Eric Schmidt told a US Senate hearing looking into potential anti-competition issues.

Members of the Senate Judiciary Committee's anti-trust panel said on Wednesday that Google had grown into a dominant and potentially anti-competitive force on the internet.

"Google is in a position to determine who will succeed and who will fail on the internet," said Republican Senator Mike Lee. "In the words of the head of the Google's search ranking team, Google is the biggest kingmaker on Earth."

Google has been broadly accused of using its clout in the search market to stomp rivals as it moves into related businesses, like travel search.

The Federal Trade Commission is looking into that charge and others, including whether Google manipulates its search result rankings to favor its own products.

Google is trying to convince regulators and lawmakers that it does not need restrictions placed on its growing portfolio of businesses, and that its business practices are legal and good for consumers.

Lee aggressively quizzed Schmidt over whether Google deviates from its search algorithm to boost its own listings.

"I see you magically coming up third every time," Lee said. "I don't know whether you call this a separate algorithm or whether you've reverse engineered one algorithm, but either way you've cooked it, so that you're always third."

Schmidt replied: "Senator, may I simply say that I can assure you we've not cooked anything."

Google controls more than two-thirds of the global search market. But Schmidt argued that specialty web sites - like those with restaurant reviews and travel search - give Google stiff competition.

In an oblique reference to Microsoft, which faced nearly two decades of legal scrutiny for anti-trust violations, Schmidt told lawmakers: "We get it. By that I mean, we get the lessons of our corporate predecessors."

Colin Gillis, an analyst at BGC Partners, said some of the senators were "gunning hard" for Google but Schmidt handled himself professionally. "He appeared well-coached to me," Gillis said.

The senators were at times frustrated by what Democratic Senator Al Franken characterised as "fuzzy" answers from Schmidt about how Google prioritises its search results and whether it unfairly uses rivals' content.

"As far as I know, not," Schmidt answered.

Franken skeptically asked, "As far as you know?"

"Again I'll have to look, but I'm not aware of any," Schmidt said.

Schmidt was Google's chief executive officer from 2001, but vacated the post to company co-founder Larry Page in April.

Schmidt now serves as executive chairman and oversees government affairs - a position of critical importance during the FTC probe and lawmakers' reviews.

Some of Google's rivals made their case at the hearing for why Google needs to be reined in.

"But what Google engineering giveth, Google marketing taketh away," he said in written testimony.

He argued that Google is now the internet neighborhood bully. "Google doesn't play fair. Google rigs its results, biasing in favor of Google Shopping and against competitors like us," Katz said in written testimony. "As a result, Nextag's access is more and more discriminated against ... because we compete with Google where it matters most, for very lucrative shopping users."

Katz and Yelp CEO Jeremy Stoppelman both said they would not start new businesses in the current environment.

"I personally wouldn't. I'd find something else to do," said Stoppelman at the hearing.