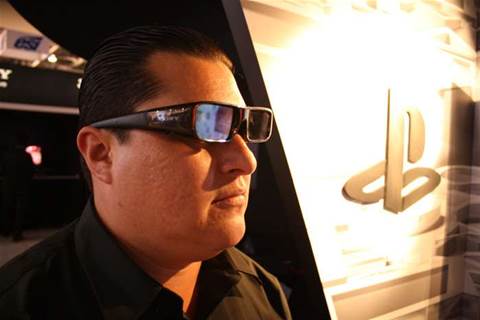 Warnings about eye strain and potential other hazards resulting from watching 3D TVs are starting to appear all over the web, triggered in part by a recent health precaution issued by Samsung concerning its 3D TVs.

In this age of legal compromise it's not surprising to see long lists of legal warnings attached to software and hardware. Still, with Samsung being one of the world's largest television manufacturers, having just launched the first 3D TVs on the home market in Australia, the warning has understandably raised some eyebrows.

So what are these claims and do they have any merit?

Altered vision
Samsung's health concerns is the strongly-worded photosensitive seizure warning. It warns that those with a history of epilepsy and even those without, are susceptible to 3D-indusced seizures. Pregnant women are also warned they should stick to 2D viewing, says the warning.

Samsung's warnings also refer to altered vision, nausea and convulsions. They also mention that children and teenagers are more at risk of developing health problems relating to 3D than adults, concerns which researchers at the University of California, Berkley also agree with.

The researchers also claimed that 3D movies could cause significant eye strain and eye discomfort. They pointed out that young adults, teenagers and children were potentially most at most risk of developing 3D related eye problems in the future. Something to keep in mind when you consider that movies such as Toy Story 3, Alice in Wonderland, How To Train Your Dragon and Shrek 4 are some of the blockbusters that already have or soon will utilise 3D technology over the next few months.

A 3D release schedule list compiled by iO9 shows that more than 20 films are to be released in 3D in the next two years alone and probably many more straight to Blu-Ray.

There are also concerns over films up-converted to 3D at the last moment.  In an article at the Hollywood Reporter, a poor 2D-3D conversion can actually make things worse for viewers, says Dave Walton, an assistant VP for marketing and communication at JVC Professional, a camera company. Walton cautions that a poor conversion can cause "bad headaches and nausea within a few short minutes".

The most common 3D cinema format uses polarisation. Polarised 3D glasses use polarising filters that restrict different amounts of light to the eye - thereby creating an illusion of 3D. RealD is an example of a polarised 3D cinema format.

And for those people who suffered from eye problems during Avatar and other 3D cinema offerings, some optometrists have been able to pinpoint a patient's underlying health problems because of it. This is because polarised glasses are already used in various testing procedures in the diagnosis of 'stereopsis' or binocular depth perception, a problem associated with retinal disparity when the eyes form different positions and are sometimes unable to perceive depth accurately.

On the flipside, 3D TVs work in a different way, one that alternates light in either eye and uses high refresh rates to achieve an accurate level of synchronisation with LCD and LED monitors. But a potential health issue of this system is the high refresh rate; some people may notice a small amount of image flicker, which can cause headaches and eye strain.

The Pulfrich effect, which is a signal timing between the eyes, can be made worse for some people watching 3D films. The resulting spatial disparity is used to create the 3D illusion, but can also complicate that illusion, by making it harder for some people to watch the images without eye and head discomfort.

Of course, all this could be the result of overzealous lawyers looking to protect big manufacturers against any possible unintended side effects as TV manufacturers seek to create a home market for 3D movies and television.

Still, something to consider if you're dreaming of your own 3D home cinema.