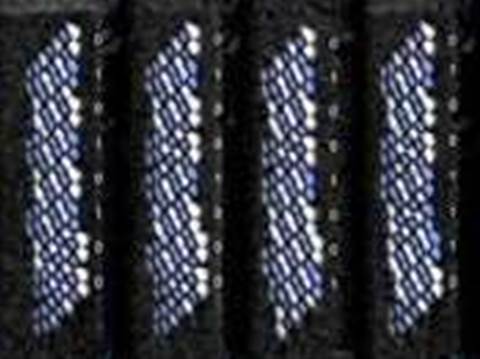 Scientists at IBM and the German Center for Free-Electron Laser Science have built what they claim to be the world's smallest magnetic data storage unit.

According to the scientists, their technology enables storage more than 100 times denser than current hard disks and solid-state drives, and could lead to significantly smaller drives for mobile data in future devices.

The scientists said they had successfully stored one bit of data in only 12 magnetic atoms, and claimed the ability to manipulate matter by its most basic components – atom by atom – could be vital as conventional miniaturisation becomes unsustainable.

“The chip industry will continue its pursuit of incremental scaling in semiconductor technology but, as components continue to shrink, the march continues to the inevitable end point: the atom,” said Andreas Heinrich, lead investigator into atomic storage at IBM Research.

“We’re taking the opposite approach and starting with the smallest unit - single atoms - to build computing devices one atom at a time.”

The team engineered 12 antiferromagnetically coupled atoms that were able to store information for “a few hours” by taking advantage of their inherent alternating magnetic spin directions.

This property, the scientists said, enabled them to pack adjacent magnetic bits much closer together than was previously possible without disrupting the state of neighbouring bits.