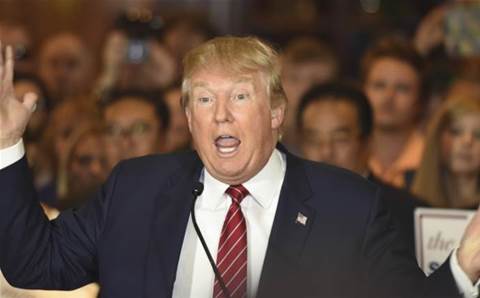 Amazon Web Services wants a US federal court to order the Pentagon to reevaluate the award of its lucrative JEDI cloud contract to Microsoft in light of what the cloud giant claims was a deeply flawed selection process tainted by political interference from the government's highest office.

President Donald Trump's "repeated public and behind-the-scenes attacks" lambasting Amazon and its founder and CEO, Jeff Bezos, clearly swayed source selection and resulted in an evaluation process riddled with "errors" that must be interpreted as evidence of that undue interference, AWS argues in a highly redacted document filed with the US Court of Federal Claims that was unsealed Monday.

The commander in chief's full-throated animus for Amazon, the parent company of AWS, stemmed from Bezos' ownership of the Washington Post, a newspaper that critically covered the president and made Bezos his "perceived political enemy," the complaint reads.

"President Trump's attacks were relentless, and he resorted to increasingly aggressive tactics to carry out his apparent personal goal of preventing Mr. Bezos and AWS from receiving the JEDI Contract," AWS argues.

As such, the JEDI case raises a fundamental question of whether a sitting president can use the budget of the Defense Department "to pursue his own personal and political ends."

The series of presidential attacks had their "intended and predictable effect" on DoD procurement officials, AWS argues, as Trump made it widely known on television and in his tweets "that DoD should not award the JEDI Contract to AWS."

AWS claims it was "the consensus frontrunner to aid DoD in this important modernization effort" before Microsoft was awarded the potentially US$10 billion Joint Enterprise Defense Infrastructure contract, surprising industry experts.

The evidence AWS presents for the corrupting impact of Trump's political influence during the crucial final evaluation stretch for a JEDI provider was a repeated failure to appreciate AWS' technological differentiators—including existing secret and top-secret hosting accreditations. In many cases, superior AWS capabilities acknowledged in initial evaluations were omitted from the final analysis, the document argues.

In response to those claims, a Microsoft spokesman told CRN USA: "We have confidence in the qualified staff at the Department of Defense, and we believe the facts will show they ran a detailed, thorough and fair process in determining the needs of the warfighter were best met by Microsoft. We’ve worked hard to continually innovate over the past two years to create better, differentiated offerings for our customer."

AWS says that its internal review of the evaluation documents found multiple instances where DoD "ignored the plain language of AWS's proposal."

The "substantial and pervasive errors" made by DoD decision-makers, and "arbitrary and capricious decision-making" that came from the top of the government, make clear military officials could not ignore the president's desire to "screw Amazon" out of the JEDI contract, as Guy Snodgrass, a speechwriter to former Secretary of Defense James Mattis, wrote in a book he heard Trump direct his boss.

The industry's largest cloud provider presented the court with a number of public statements from Trump, as well as other government officials.

The first example cited was at a Trump campaign rally in 2016, during which the then-presidential candidate claimed Bezos bought the Washington Post to extend his political influence in service of Amazon's business.

"Believe me, If I become president, oh do they have problems. They're going to have such problems," Trump said that day in Texas.

Trump later described the Washington Post as a tool by which Bezos wielded his power again him, and told an audience, "we can't let him get away with it."

After taking office, the attacks escalated, as Trump became "obsessed" with Amazon and more-determined to punish Bezos, the document says.

Trump later referenced "tremendous complaints about the contract with the Pentagon and with Amazon" at a White House press conference--complaints made by AWS competitors.

"Great companies are complaining about it like Microsoft and Oracle and IBM," Trump said at that conference in July.

By that point, Oracle and IBM had been eliminated from consideration for failure to meet some requirements established by military officials. Those "gate criteria" remain a focus of a legal challenge mounted against the federal government that Oracle lost but has since appealed. AWS voluntarily joined that case a co-defendant.

He later directly intervened in the process, asking his new Defense Secretary Mark Esper to conduct an examination. Esper ultimately recused himself from JEDI selection, though AWS argued to the court by that point, though it wasn't publicly known, Microsoft had already been selected as the JEDI winner.

The AWS challenge also references a private dinner in April of 2018 between Trump and Oracle co-CEO Safra Catz, who served on Trump's transition team, "during which she advocated against AWS in the JEDI procurement process."

And Trump wasn't the only elected member of government to put his thumb on the scale.

After Oracle's bid to scuttle the JEDI procurement was rejected by the same federal court, Senator Marco Rubio, "whose political campaign received support from Oracle founder Larry Ellison, and whose former chief of staff was an Oracle lobbyist, implored President Trump to 'delay awarding [the] cloud computing contract to @amazon.'"

Many of the technological advantages AWS claims over Microsoft were blacked out in the legal filing, as they contain sensitive information about military systems and demands.

In the unclassified text, AWS argues superior capabilities in satisfying the "tactical edge" requirements for JEDI. The DoD failed to recognise the benefits of Snowball and Snowball Edge—briefcase size devices that can bring cloud-native applications, as well as compute, storage and analytics into warzones. AWS says it is the only vendor to already have such a device deployed by the military in the field.

Another way "DoD fundamentally misunderstood AWS's cloud solution" was in failing to appreciate the advantages of AWS' Nitro technology, which offloads the AWS hypervisor onto hardware. The DoD deviated from its own RFP in evaluating hypervisors, "a foundational security and operational control element," AWS argues.

Because Nitro embeds the hypervisor in hardware, unlike Hyper-V, Microsoft's hypervisor, it limits the attack surface of dangerous "hypervisor breakout attacks," the document says.

Selection officials also late in the process changed their interpretation of the RFP's requirements for classified cloud infrastructure, and they failed to appreciate the nature of AWS classified cloud systems, including its third-party marketplace.

Most notably, AWS is the only cloud provider that currently can host secret and top-secret workloads, whereas Microsoft still is in the process of earning those accreditations, AWS argues.

For all those reasons, AWS claims it was the only bidder that offered a "proven approach to managing, developing and deploying classified and unclassified cloud infrastructure and platforms at the scale contemplated by JEDI."

Elissa Smith, a Department of Defense spokeswoman, previously told CRN USA that "DoD is confident in the JEDI award. The source selection process was conducted in accordance with the stated criteria in the solicitation and procurement law. Our focus continues to be on getting the warfighters these much needed capabilities as quickly and efficiently as possible."

Grabbing the hybrid cloud opportunity with Lenovo and Azure Services
By Joseph Tsidulko
Dec 10 2019
8:27AM