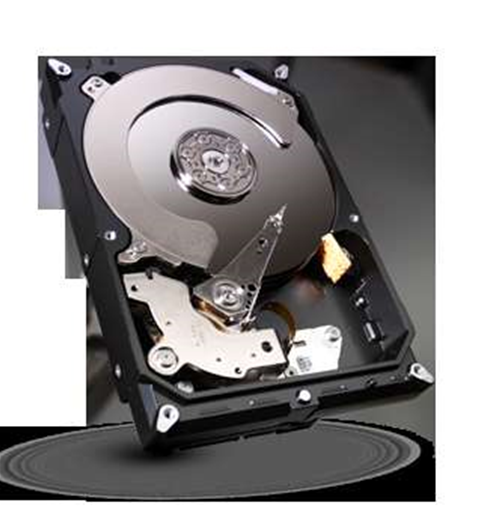 The company is also eliminating its Barracuda Green Drive family of low power consumption drives because of the relatively miniscule savings in power customers experience.

The simplification of Seagate's hard drive line results from the fact that customers are looking for larger capacity and higher performance in their storage even as increases in areal density get harder to achieve over time, said David Burkes, director of product marketing for the company's desktop, consumer electronics, and video surveillance product line.

The move also makes it easier to drive home a simple message, Burkes said. "We're trying to simplify this marketplace, and bring the message back to a focus on performance, support, and reliability," he said.

The new Barracuda lineup includes 1-TB, 1.5-TB, 2-TB, and 3-TB models featuring a 64-MB cache and running at 7,200 rpm, Burkes said. All the drives features 4-KB disk sectors for improved read and write performance, as well as the Seagate DiscWizard software that enables the drives to work in desktop PCs with legacy BIOSs that prevents accessing of more than 2.1 TBs of data on a drive, he said.

Seagate will eliminate its Barracuda Green Drive family in February 2012 because of the lack of real power savings, Burkes said.

"There has been hype in this part of the market, so we're going to exit it," he said. "The Barracuda Green Drive saved about 20 cents per year in power consumption, but gave up faster performance. When people realized the small savings by giving up the performance, they realized it wasn't worth it."

The revamped Barracuda XT family is expected to debut early next year, and feature a 4-TB, 7,200-rpm spinning hard drive in combination with an SSD, Burkes said.