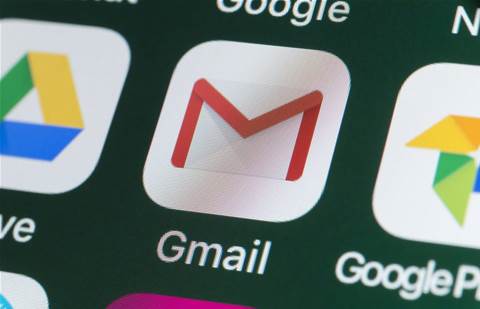 Google suffered more service issues on Tuesday, though the disruption was limited to the company’s Gmail service.

The issues struck a “significant subset” of users, with the problems including error messages and high latency, Google said on a page for Gmail status. Users were still able to access Gmail, according to Google.

The Gmail service disruption appears to have lasted roughly three hours, with Google reporting at 6:51 p.m. ET that “the problem with Gmail has been resolved.”

On Monday, Google had experienced an outage for all of its Google Workspace (formerly G Suite) services, according to the Google Workspace Status Dashboard. Other Google services, including Google Maps and Google Analytics, were also affected.

On Tuesday, the company’s status dashboard only showed issues with one Google Workspace service--Gmail. The dashboard also indicated that the issues represented a “service disruption” rather than a full-fledged outage, presumably because users were not shut out of Gmail entirely.

Google, which did not respond to a request for comment Tuesday, posted an apology to users on the Gmail status page.

“We apologize for the inconvenience and thank you for your patience and continued support. Please rest assured that system reliability is a top priority at Google, and we are making continuous improvements to make our systems better,” the message posted by Google reads.

The message did not provide a cause for the Gmail service disruption.

An outage map on downdetector.com showed the Gmail issues affecting users in numerous regions of the U.S. on Tuesday, including the Northeast, parts of the Midwest and much of the West Coast. The issues appear to have started in earnest at around 4 p.m. ET on Tuesday, according to the site.

On Google’s Service Details page for Gmail, the company wrote at 4:29 p.m. ET that “we’re aware of a problem with Gmail affecting a significant subset of users.”

“The affected users are able to access Gmail, but are seeing error messages, high latency, and/or other unexpected behavior,” Google wrote.

On Monday, Google said the Google Cloud had experienced an authentication system outage for approximately 45 minutes. The outage, which began at 6:47 a.m. ET, was due to an internal storage quota issue, Google said.