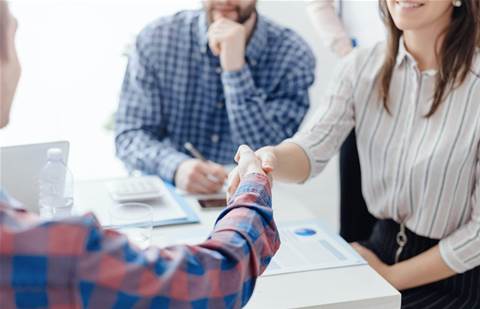 The announcement comes after naming its first Australian channel partner, Adelaide-based SecureWare, as well as its first APAC distie and New Zealand partner.

Clinton has been tasked with building and enabling the channel for Vectra AI across the region, targeting SIs, consultancies and MSPs. She joined fellow former Telstra exec Kevin Vanhaelen, who is leading the APAC business as regional manager.

“We have been delighted by the reception to our regional launch in August and the interest from partners and distributors who have identified the need for network threat visibility in the market,” Clinton said in a statement.

“We want to partner with organisations that can address our customers challenges including analyst workload, increased regulations, and the overall lack of threat visibility in the cloud.”

Clinton left Telstra in June 2019 after just over two years with the telco, last holding the role of APAC general manager for strategy and partnerships. She also worked at Dimension Data from 2007 to 2016, and a six-year stint at Microsoft before that.

Vectra AI landed in Australia in August after establishing its Asia-Pacific presence in Sydney, with Vanhaelen at the helm. The vendor is best known for its Cognito platform, which uses AI to automate manual processes typically involved in threat detection, providing visibility into cloud, data centre, end-user and IoT environments.

Grabbing the hybrid cloud opportunity with Lenovo and Azure Services
By Nico Arboleda
Oct 1 2019
10:33AM