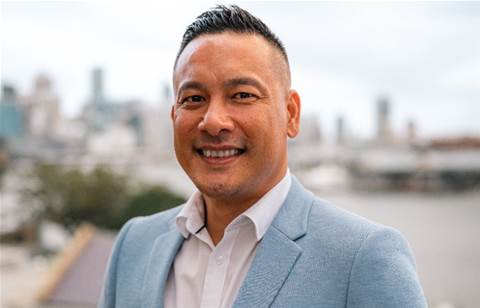 Data centre and cloud security vendor Illumio has hired Marco Hermosura as its channel manager for Australia and New Zealand.

Hermosura revealed the move on LinkedIn, shortly after announcing his departure from Westcon-Comstor after close to three years with the distributor. Illumio confirmed the appointment to CRN but has declined to comment further at this point.

“And just like that my time here as Comstor's merch guy, video producer and sometimes cyber security guy is over. It's been an amazing and enjoyable (almost) 3 years, and I hope all that I had engaged with felt the same,” Hermosura’s LinkedIn post read.

“Big thank you to John Poulter and Phil Cameron for the leadership and allowing me the creative freedom to do what I do best.”

“To the Cisco team who are too many to mention individually, thanks for trusting me with the brand and representing you in the channel,” Hermosura’s post read.

“It's been an awesome experience diving in the world of Cisco and I have been lucky to have worked with some amazing people.

“And to my partners, get ready for lots of orange at Illumio!”

Illumio landed in Australia in 2020 as its first foray into Asia-Pacific, adopting a channel-only strategy for the region. Some of its partners include CyberCX’s Basis Networks and Cirrus Networks.

Based in the US, Illumio specialises in Zero Trust micro-segmentation technology, which helps customers isolate cyberattacks like ransomware and data breaches to prevent their spread.

Grabbing the hybrid cloud opportunity with Lenovo and Azure Services
By Nico Arboleda
Dec 10 2021
10:38AM