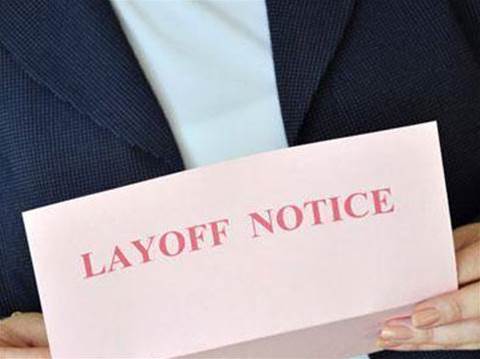 Software developer OneTrust has become the latest in a string of security startups to unveil significant layoffs in a sign that valuations in the cybersecurity space may have peaked.

OneTrust, founded about six years ago, on Thursday said it has reorganised the company, a move that resulted in a reduction of its headcount by about 950 people, or about 25 percent of the company.

OneTrust CEO Kabir Barday Thursday wrote in a blog post targeting the company’s employees that the headcount reduction comes as investors shift towards more of a balance between growth and profitability.

“I know this news is surprising, especially as you heard last month that the business is on track with record quarters and increasing customer demand,” Barday wrote. “However, capital markets sentiment shifted to a more balanced approach between growth and profitability, and at this time, we have decided the best course of action is to reorganise to position OneTrust for continued long-term success.”

The painful reduction in employees stems from a need to proactively address the new challenges, and does not reflect the performance of any single person or team, Barday wrote.

“I want to reassure you that OneTrust is positioned for this next chapter as a company,” he wrote. “Our vision for Trust Intelligence – bringing together privacy, ethics, ESG, GRC – has the potential to be one of the most impactful software categories of the next generation. Our rapidly growing customer base has crossed 12,000 organizations, and all of them are on the journey of trust transformation with us.”

OneTrust did not respond to a request from CRN US for more information by press time.

OneTrust’s layoffs come after the company in April 2021 unveiled a huge US$210 million round led by SoftBank’s Vision Fund 2, with participation from Franklin Templeton. The company has raised a grand total of $920 million. The vendor launched in Australia in 2018.

Despite the tight job market, layoffs in the security startup space have been increasing.

Boston-based Cybereason in early June said it has laid off 10 percent of its workforce only four months after it confidentially filed for an IPO and less than a year after it raised an additional $325 million in funding. Cybereason has raised about $700 million in funding since its founding in 2012.

Softbank was a major investor in both OneTrust and Cybereason.

Cybersecurity technology developer Lacework in late May said it will lay off about 20 percent of its workforce. The layoffs came six months after the company unveiled a $1.3-billion D-round of funding, giving it a valuation of $8.3 billion. Lacework in February said it has over 1,000 employees.

Mark Hatfield, a founder and general partner of Ten Eleven Ventures, last month told CRN US that cybersecurity remains a solid long-term bet for investors, but acknowledged that cybersecurity startup valuations reached their peak about five or six months ago and have been falling ever since.

Jay Fitzgerald contributed to this article.