Sellers warned of getting into bed with online marketplaces 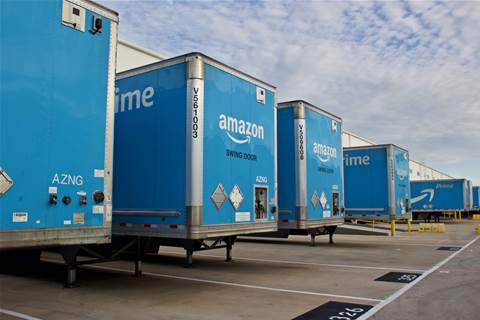 Algorithms to preference products, a lack of adequate dispute resolution and intransparent data collection are just some of the aspects of online marketplaces that the consumer watchdog has warned buyers and sellers about in a report released today.

Platforms such as Amazon, Catch, eBay and Kogan have been called out by the Australian Competition and Consumer Commission (ACCC) in its fourth report stemming from the Digital Platform Services Inquiry.

The agency found that although the four largest online marketplaces provide a low-cost way for sellers to enter the market, the use of ranking algorithms to preference their own products comes at the expense of third-party sellers.

Harris Technology is one of the highest-profile Australian resellers that has bet a significant amount of business on Amazon sales.

The ASX-listed IT and consumer electronics retailer posted strong half-year growth in March as it continued its run as the top seller on Amazon Australia.

ACCC chair Gina Cass-Gottlieb said the agency was particularly concerned about so-called hybrid marketplaces, which sell their own products in competition with third-party sellers that use their platform.

“Hybrid marketplaces, like other vertically-integrated digital platforms, face conflicts of interest and may act in ways that advantage their own products with potentially adverse effects for third-party sellers and consumers.”

“Information provided to the ACCC indicates that at least some hybrid marketplace algorithms (Catch and Kogan) give an additional ‘boost’ to products sold by the marketplace in search results.”

“We continue to support a minimum internal dispute resolution requirement for digital platforms and the establishment of an ombudsman scheme to resolve consumer and business complaints,” Cass-Gottlieb said.

The ACCC said the fifth report of its inquiry, due in September, would consider whether Australia needs a new regulatory framework to address competition and consumer concerns with digital platform services more broadly.

“Any such framework should be able to be applied to an online marketplace if it reaches a position where it could exercise a certain level of market power or, potentially, act as a gatekeeper between businesses and consumers,” Cass-Gottlieb said.

The report said that in Australia, unlike in other countries, no online marketplaces has reached a dominant position, but that there is potential for the market to ‘tip’ in favour of a single dominant marketplace, which could result in it engaging in anti-competitive behaviour.

The report also said that Amazon Australia’s sales remain significantly lower than eBay Australia’s and also well below the sales of many large Australian online retailers such as Big W, David Jones, Kmart, Myer and Target.

The report did not examine physical retailers that operate online, such as Big W, David Jones, Kmart, Myer and Target, or ‘online classified ad platforms, such as Gumtree and Facebook Marketplace because they do not force users to make transactions through their platform.

The ACCC encouraged online marketplaces to join the voluntary Product Safety Pledge which commits signatories to commitments such as removing listings of unsafe products within two business days.

“Given the important intermediary role performed by online marketplaces between consumers and sellers, it is also important that marketplaces have protections in place for consumers using their services.”

The report also found online marketplaces’ collection of consumers' data may not align with their privacy expectations.

“We believe consumers should be given more information about, and control over, how online marketplaces collect and use their data,” Cass-Gottlieb said.

The digital platforms services inquiry has already prompted a review of the privacy act, which has proposed providing digital consumers’ with a ‘right to object’ to data collection, which Google and Meta has opposed.

Grow your software revenue by selling these 5 affordable, essential tools for the modern workplace
By Jeremy Nadel
Apr 29 2022
7:05AM