Semiconductor sales to hit biggest decline in a decade 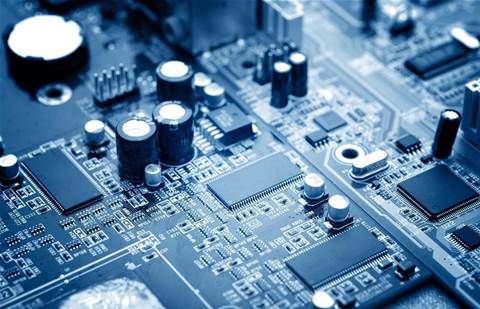 The semiconductor industry this year is set for the largest downturn in sales since the Great Recession, according to new industry research.

Research firm IHS Markit said it has slashed its outlook for 2019 semiconductor sales by more than 10 percentage points, projecting revenue to decline 7.4 percent to US$446.2 billion. That's a major reversal from the 2.9 percent growth the firm previously projected for 2019 revenue in December.

“After the chip industry attained a heady revenue expansion of 15 percent in 2018, many semiconductor suppliers in early 2019 remained optimistic that they could achieve modest growth this year," Myson Robles Bruce, an IHS Markit researcher, said in a statement.

"However, the chipmakers’ confidence quickly transformed into apprehension as they witnessed the depth and ferocity of the current downturn," Bruce continued. "The latest data indicates the semiconductor business now is destined for its worst year in a decade."

These trends are reflected in the most recent earnings results from the world's largest semiconductor companies, namely Intel and Samsung. Intel reported last week that it now expects 2019 revenue to decline 3 percent to US$69 billion from the previous year, attributing the anticipated decline to continued deterioration of memory pricing, as well as lower demand from cloud service providers and enterprises.

Recovery Expected In Second Half Of 2019

While the IHS Markit report casts a shadow on the semiconductor industry, the firm expects a recovery to begin in the third quarter, echoing recent statements from Intel.

IHS Markit said the recovery will be led by NAND flash memory parts used in solid-state drives and high-end smartphones, as well as processors in laptops and servers.

Both Intel and its rival AMD plan to release new processors in the second half of the year that could help fuel this recovery. For Intel, it will be the company's 10-nanometre Ice Lake mobile platform for next-generation laptops. AMD, on the other hand, plans to release new 7-nanometer processors for desktop computers and servers, as well as a new line of 7nm graphics cards.

Tibbils said he expects IT buying to ramp up, especially for client computers, in the second half of the year as Microsoft's support for Windows 7 comes to an end.

"That would be good for client stuff, memory, SSDs and processors," he said.