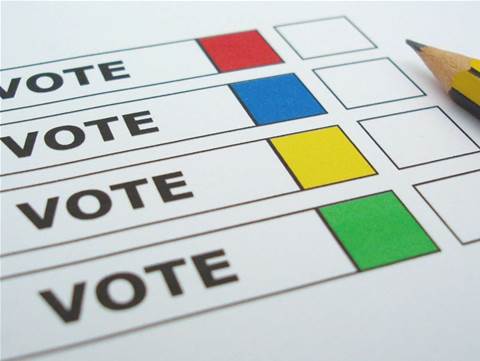 Communications Minister Stephen Conroy has achieved passage of the NBN Companies bill through the Senate this morning by a vote of 34-32.

The approval came after the Senate rejected a final round of changes proposed by Liberal Senators, including that the NBN be subjected to scrutiny by the Public Works Committee.

But the Government was grilled by Greens Senator Scott Ludlam over amendments that exempted any definitive agreement between NBN Co and Telstra from state and territory stamp duties.

"Is there a reason why this $550 million amendment wasn't in the original bill?" Ludlam asked.

"I have no problem with the principle although I understand the Victorian Government is a bit disappointed.

"I don't understand why this issue wasn't picked up some time ago."

Communications Minister Stephen Conroy said the issue "only became clear" when it appeared that definitive agreements between NBN Co and Telstra were "likely to be completed."

The amendment passed with support from the Greens and Liberal Senators.

Conroy also copped flak over a 12-month period provided to NBN Co to divest the retail operations of any assets it acquired to speed up construction of the National Broadband Network.

Under the Companies Bill, NBN Co would be allowed to pursue acquisitions as long as they did not allow NBN Co to stray from its wholesale-only mandate.

If the acquired party did have non-wholesale operations, they would have to be divested within a 12-month period under the Government's proposal.

Senator Ludlam expressed a "certain amount of concern" with the 12-month grace period, arguing it was too much.

Ludlam quizzed Conroy whether there was a reason why the period could not be cut to three or six months.

"Twelve months to me is a long time," he said.

Conroy said Government was "seeking more information" on the period but argued anything less than a year would force a "fire sale" of the unwanted assets.

He also noted that NBN Co was "not interested, nor has it the capacity to become a retail company".

"Their internal systems are configured to be a wholesale company," Conroy said.

"They [NBN Co] know from the moment they enter a transaction that they have to offload any retail component."

The Government also managed to stave off an attempt by the Coalition to insert a clause for a cost-benefit analysis to be undertaken by the Productivity Commission.

And the Greens also had an amendment approved that would see a review of how Freedom of Information laws impacted NBN Co documents.

Passage of the bill followed a long night of debate in which the Government managed to keep most of its amendments while defeating those proposed by the Coalition.

The senate has moved on to debate the NBN Access Bill.