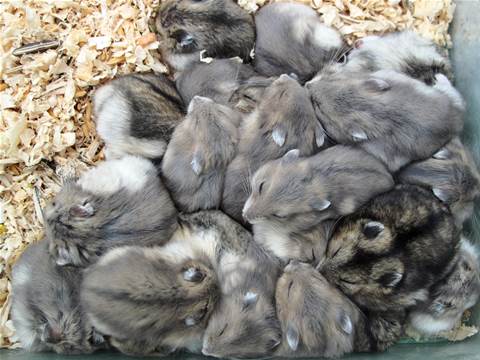 The NSW government executive agency helps farmers and other land operators make stronger management decisions, with the goal of supporting rural and regional communities to become more profitable and sustainable.

Local Land Services’ business partner strategy and performance Emily Kearns said the agency turned to Sentient Dynamics to come up with an integrated solution to replace the multiple disparate systems it was using to manage business reporting and planning.

The agency’s 1,073 employees were struggling with inconsistent and unreliable data that took a long time to collate, Kearns said.

“If we were ever audited or we ever needed to deliver something to Treasury, there were a lot of spreadsheets, there was a lot of paper, and there were a lot of files that we had to go digging through to find out what we were delivering and how we could prove that.”

The Microsoft partner built a business evidence and reporting tool, or BERT, which guides the agency’s staff through the planning and reporting process and helps align state and regional strategies.

The first version of BERT was built for the agency’s North West region, which assists farmers and landholders in areas such as controlling weeds and invasive species, and monitoring travelling stock reserves.

“It alleviates all of the multiple reporting channels that we have been putting data together for. We could have an annual report by calendar year and then another annual report by financial year, and that would change the data.”

“So, we would be going back to spreadsheet-based data collection to then slice that data to give accurate reports for each of those different cadences.”

“We have notifications and approvals in Microsoft Teams being triggered through Power Automate Flows. And then we integrated Microsoft SharePoint, which is used to store all the evidence files.”

Kirby said BERT also "gives us much more visibility over where we were getting enquiries, which we can then report on and rejig our strategic priorities accordingly.”

“We wanted to make adjoining landholders aware of where that damage was occurring so that they were better able to implement control strategies at an early point in time,” said Kirby.

“We also wanted to be able to report back to the public and to government to make them aware of the scale of the damage that was occurring across NSW.”

“It was taking one staff day per week to collate all of that information together, so we wanted to create a platform that allowed the public to report that data and then be able to visualise that data quickly.”

Wallace said that since going live in July 2021, the mice reporting solution had recorded almost 200 entries.

“It’s a Microsoft form that stores data into a SharePoint backend that’s connected to a Power BI dashboard.”

“We’re using Power Automate to take the form responses and save those in a SharePoint list. And then the SharePoint list can be directly connected to the Power BI dashboard, and the dashboard is set to refresh regularly.”

Kirby said that the solution had provided farmers with easily accessible information about the crisis when they needed it most, and had saved a significant amount of time for the agency.

“This system saves four staff days per month, just in our region, so it would be more like 15-plus staff days across the state if each region had to do the same thing.”