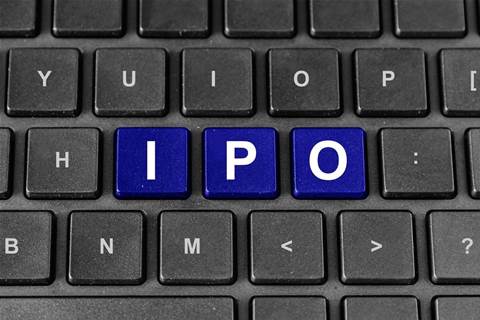 The endpoint security vendor said channel partners brought in 96 percent of SentinelOne’s revenue in the fiscal year ended Jan. 31, 2021, up from 92 percent of revenue in fiscal 2020. SentinelOne’s solution provider focus has led to surging sales and more services engagements for partners as the company looks to raise up to US$100 million in a New York Stock Exchange public offering.

“Substantially all of our sales are filled through our channel partners, including resellers, distributors, MSPs, MSSPs, MDRs, OEMs and IR [incident response] firms, and we expect that we will continue to generate a significant portion of our revenue from channel partners for the foreseeable future,” SentinelOne wrote in a 180-page filing late Thursday with the U.S. Securities and Exchange Commission.

SentinelOne intends to use the net proceeds of its IPO for general corporate purposes, including product development, general and administrative matters, and capital expenditures. The company said it may also use some of the proceeds to acquire or invest in complementary technologies, solutions or businesses. SentinelOne plans to be listed under the ticker symbol “S,” and declined to comment on its IPO filing.

The company’s two largest channel partners are Boulogne-Billancourt, France-based distributor Exclusive Networks and Somerset, N.J.-based direct market reseller (DMR) SHI International, No. 12 on the 2021 CRN Solution Provider 500. SentinelOne generated 19 percent of its revenue from Exclusive Networks and 13 percent of its revenue from SHI in the fiscal year ended Jan. 31, 2021.

“We also expect our operating expenses to increase in the future as we continue to invest for our future growth, including expanding our research and development function to drive further development of our platform, expanding our sales and marketing activities, developing the functionality to expand into adjacent markets, and reaching customers in new geographic locations,” SentinelOne wrote in its filing.

In addition, SentinelOne said it doesn’t have a services offering that competes with the company’s IR partners, prompting those partners to bring SentinelOne in during remediation situations. As a result, SentinelOne said many of its channel partners act as force multipliers and provide the company with significantly broader market reach.

“Our sales team leverages our global network of channel and alliance partners for prospect access and fulfillment,” SentinelOne wrote in its S-1 filing. “For specific market segments, our channel partners independently manage the complete sales cycle, resulting in a highly scaled and leveraged sales experience.”

SentinelOne was founded in 2013 and has raised US$696.5 million in eight rounds of funding. SentinelOne employed more than 850 people as of April 30, 2021, more than 450 of whom are based in the U.S.—up 88.9 percent from more than 450 employees globally as of Feb. 1, 2020. The company’s sole acquisition took place this February, when it bought data analytics firm Scalyr for US$155 million.

Eliminating departmental friction within MSPs
By Michael Novinson
Jun 7 2021
6:49AM