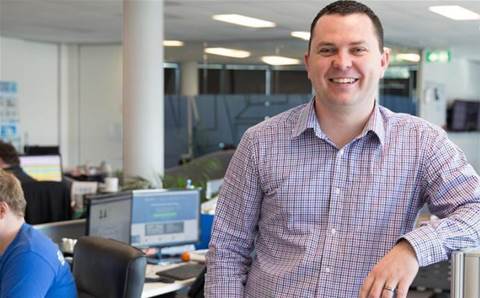 Oz Servers owns a data centre in East Brisbane, which is supported by its Brisbane support centre.

Servers Australia, which has locations in St Leonards, the NSW Central Coast and Brisbane, will provide Oz Servers customers with a new control panel, better support and improved services, as well as 24/7 local email support and phone support. It gets new server infrastructure and has hired five full-time staff.

“The assets and client base, combined with an exceptional support and development team from Oz Servers, means that we can continue to grow to become the largest privately and Australian owned Cloud, Colocation and Dedicated Hosting provider in Australia,” he said.

It's not Servers Australia's first deal in recent memory.

In May, it forged an alliance to offload 4,000 shared web hosting customers to independent domain name registrar VentraIP, which in return began marketing Servers Australia to customers that required dedicated servers.

Then in June, Servers Australia acquired thousands of customers and hundreds of racks from related companies Dedicated Servers, Indigo and Syncom.

Oz Servers’ two former owners were this time last year locked in a court battle, largely over the misuse of company finances.

The acquisition marks the latest in the fast-consolidating Australian web hosting sector.

In May, Australian hosting provider Digital Pacific acquired fellow Sydney firm Anchor Hosting and then in August it was itself was acquired by Hostopia Australia for $52 million.

Grabbing the hybrid cloud opportunity with Lenovo and Azure Services
By Michael Jenkin
Sep 18 2017
6:43AM