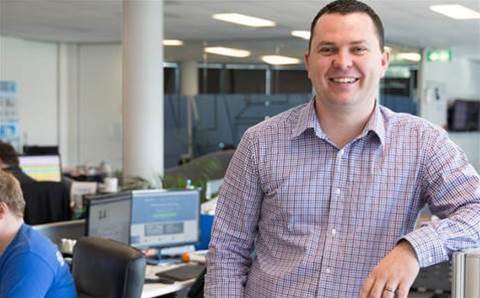 This would be the third acquisition within four months for Central Coast, NSW-based Servers Australia.

Chief executive Jared Hirst confirmed the acquisition to CRN, and said his company was aiming to complete the deal towards the end of this year.

Customers will migrate from Vibe to Servers Australia once the deal is complete, according to Hirst.

“RackCentral is a great fit for Servers Australia,” Hirst told CRN. “We saw an opportunity to take the company off of Vibe’s hands and focus on our respective core businesses.”

He expects that the acquisition will add “a few million dollars” per year in revenue, and its NextDC presence in Melbourne will be “significantly larger”. Servers Australia is also a major customer of Equinix and a member of its Cloud Exchange program.

“We have had a tremendous year of growth in the Australasian market which presents an exciting challenge in prioritising opportunities," Vibe Group chief executive Karl Rosnell said.

"For this reason, we have decided the RackCentral colocation services are better placed with a specialist colocation provider.”

“We are pleased to have worked with Servers Australia on this and are confident the RackCentral customers will be well served by this growing Australian hosting company”.

Vibe Communications then announced the acquisition of RackCentral in 2015, with chief executive Shaun McGuane taking the role of chief infrastructure officer for both Vibe and RackCentral.

It is unclear exactly what Vibe acquired – though it is understood to have been a company called RackCentral Services, which was established as a separate entity one month before RackCentral appointed liquidators.

Servers Australia has been on a tear to acquire assets of smaller hosting companies, inlcuding Sydney-based Axelera in October and Brisbane-based Oz Servers in September for undisclosed sums.

Last year the company also acquired Dedicated Servers, Indigo and Syncom in a deal “worth millions,” in an effort to become Australia’s top dedicated hosting provider.

Eliminating departmental friction within MSPs
By Nico Arboleda
Dec 14 2017
11:49AM