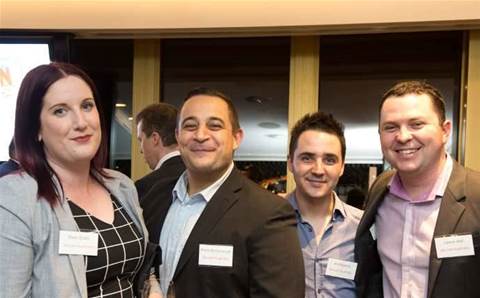 One of Australia’s fastest-growing hosting providers is swimming against the current toward offshoring with a strategy to pull its technical support back to Australia.

Servers Australia, a high-end hosting provider and No.40 in last year's CRN’s Fast50, has opted to invest in moving its front line support services from India back to Australia.

The strategy is unusual amid the constant trend among large tech enterprises looking for ways to move as many support jobs offshore as possible.

Servers Australia chief executive Jared Hirst described the situation as a "race to the bottom". However, he conceded that the onshore shift was a "massive" investment for Servers Australia given the relative cost of labour between Australia and India.

Hirst said that the improvement in customer service had been worth it with the company’s net promoter scores (NPS) skyrocketing since making the move.

"The time to solve a ticket is now two or three replies rather than seven or eight. That’s not saying that the Indian staff are bad, it’s purely a language barrier problem," Hirst said.

He also cited differences in India’s business culture as one of the reasons for the improvement in the company’s service.

“We’re getting what the customer needs and we as a culture in Australia understand urgency and a lot of other things. India is a place where there’s no such thing as urgency and when a client stresses urgency they don’t understand that. They may not be able to read the emotional element in a ticket so I really think it’s worth it,” Hirst added.

The investment is by no means small. According to Hirst’s estimates, wages for every two to three Australian support staff could cover those of 15 offshore in India.

Previously the company only had Australian support staff available between 9am and 5pm to back its frontline Indian support provider. The company expanded that from 8am to 8pm and instantly lifted its NPS by 10 points.

Since then the company has expanded its local support having local staff available at its Brisbane and Sydney locations around the clock five days per week and it plans to expand that to seven days in the coming weeks.

Hirst hoped the move was the start of a broader industry trend, having become disheartened by persistent media reports of companies moving jobs offshore while the hosting industry provided plenty of opportunity to employ high-quality staff.