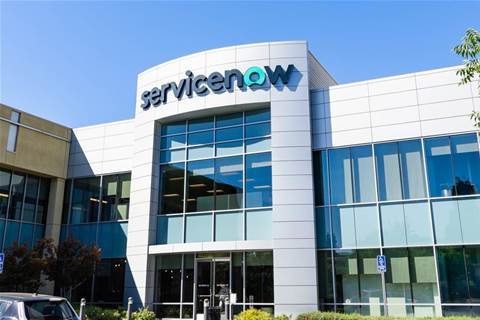 ServiceNow is continuing to grow as businesses continue their digital transformation activities that take advantage of the company’s wide range of Workflow technologies, President and CEO Bill McDermott told investors.

McDermott, speaking to investors Wednesday during ServiceNow’s fiscal 2022 second quarter financial analysts and investor call, said the company’s results beat expectations on both the top and bottom line. However, he said that macroeconomic factors mean it is pulling back its recently expanded full-year guidance to the guidance it set early this year.

That said, McDermott said during his prepared remarks that the company’s future aspirations remain unchanged, with expectations of recording US$11 billion-plus in revenue by 2024 and $16 billion-plus by 2026.

“In short, ServiceNow’s ironclad fundamentals will not waver,” he said. “The secular digital transformation tailwinds are blowing stronger than the macro crosswinds. ServiceNow generates an unmatched combination of organic growth and profitability at scale. We believe there‘s a generation of value creation opportunity here on every level of our company. Therefore, we are hiring, expanding, and investing for the future. Growth companies don’t get stronger than this one.”

Enterprise software is an all-weather industry, with some businesses prioritizing enhanced productivity to lower costs while others evolve business models to stimulate growth, McDermott said. And all of them know that digital technology is the only answer, he said.

“That‘s why the demand environment of the software industry is consistent and durable. … We also see consolidation of enterprise software as buyers shift further away from experimentation with unsustainable solutions,” he said.

“As this process unfolds, while sales cycles can lengthen, deal sizes get bigger as more materials are negotiated into those agreements,” he said. “And we at ServiceNow are on the right side of the great reprioritization.”

ServiceNow’s ability to execute stems from maintaining a fully integrated workflow automation platform that gives everyone the great experiences they deserve, with artificial intelligence, robotic process automation, process mining, and local capabilities all embedded in its architecture, McDermott said.

ServiceNow is leading the low-code revolution, and its born-in-the-cloud suite of applications stretches across the enterprise end-to-end, with all of its Workflows doing quite well, McDermott said. During the second quarter, ServiceNow’s ITSM (IT Service Management) Workflow was in 12 of the company’s top 20 deals with seven deals over $1 million; ITOM (IT Operations Management) was in 13 of the top 20, with nine deals over $1 million; Customer Workflows was in 14 in the top 20; and Creative Workflows was in 20 of the top 20, he said.

All in all, McDermott said, ServiceNow is not opportunity constrained.

“The need for digital transformation continues to grow,” he said. “And enterprise software remains a defining deflationary force in this marketplace.”

Because of these opportunities, ServiceNow is hiring a lot of people, McDermott said.

“There‘s a massive opportunity for talented professionals who aspire to build their future on ServiceNow,” he said. “And as an employer, while others in the tech industry are slowing or even stopping hiring, ServiceNow is hiring. And we are hiring. We are doubling down on our talent brand. And that’s a reflection of our deep belief in the amazing potential of this company.”

ServiceNow’s customers and partners are also expanding their ServiceNow workforces at a record clip, which McDermott said shows the expansive cross-enterprise adoption seen for the ServiceNow platform.

That said, ServiceNow has dialed back it’s financial performance guidance to what it had originally set early this year, McDermott said.

“Like other premier technology companies, we are managing through the current macro … by simply returning to the outlook we originally set for you in January of this year, on a constant currency basis,” he said. “Unlike others, while the currency effect also applies pressure on our margins, ServiceNow will maintain our full-year margin guidance of 25 percent. We will absorb the impact through disciplined cost management as we run more efficiently on the ServiceNow platform.”

For its Fiscal 2022 second quarter, ended June 30, ServiceNow reported total revenue of $1.75 billion, up 25 percent over the $1.41 billion the company reported for its fiscal 2021 second quarter.

The quarterly results included subscription revenue of $1.66 billion, up almost 30 percent from $1.33 billion, and professional services and other revenue of $94 million, up from $79 million.

About 65 percent of total revenue came from the North American market, which has been fairly consistent over time.

ServiceNow has a renewal rate of 99 percent, which McDermott termed the highest in the industry.