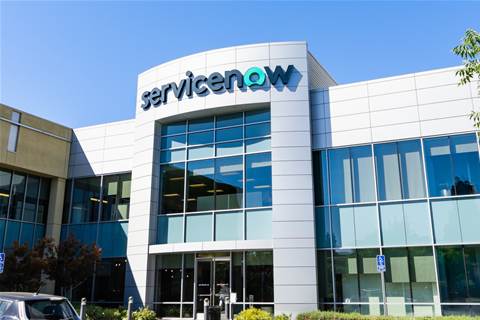 A record number of US$1-million-plus deals along with huge growth in revenue and rising profitability in fiscal 2021 has ServiceNow looking toward a bright future, , ServiceNow President and CEO Bill McDermott told financial analysts Wednesday.

McDermott, in prepared remarks during an analyst call to discuss the company’s fourth fiscal quarter 2021 results, said that ServiceNow is uniquely positioned for growth.

“We’re growing like a fast-moving startup with the profitability of a global market leader,” he said. “We’re on a clear growth trajectory to US$15 billion-plus by 2026. While our strong cash position preserves optionality, we don’t depend on M&A for growth. While rising interest rates challenge others, ServiceNow’s business model is built to flourish in any economic environment.”

The company also had a record 135 deals over US$1 million, which McDermott said was up 50 percent over last year.

“There has long been a ‘Rule of 40’ benchmark for highly successful software companies,” he said, referring to a rule of thumb that a software company’s combined growth rate and profit margin should exceed 40 percent. “These results demonstrate that ServiceNow operates beyond the ‘Rule of 60.’ The company is expanding in all geographies, industries and buyer personas.”

ServiceNow is doing business in what McDermott called a sustained demand environment. He said that environment is characterized by structural challenges facing every industry in every geographic region, including supply chain disruption, inflation and more.

“These underscore points we have made consistently: That technology strategy has become the business strategy,” he said.

“Already in 2022, we’re taking significant steps on our long-term road map,” he said. “We’re introducing a state-of-the-art new solution, ServiceNow Impact. Leaders need a command center to navigate the fully connected world. ServiceNow Impact includes an intuitive consumer-grade mobile application that visualizes the value from transformation investments in real time on their device. As this experience speeds up user adoption, we anticipate a significant halo effect with broader consumption of our growing solutions portfolio.”

ServiceNow has promoted Chirantan “CJ” Desai to the role of COO. Desai, who most recently served as the company’s chief product and engineering officer, is now responsible for industries and solution sales in addition to product, design and engineering, he said.

Kevin Haverty, ServiceNow’s CRO, was promoted to a new strategic role as senior adviser to the CEO where he will be responsible for expanding the company’s public sector business and mentor the company’s early‑in‑career professionals.

Paul Smith, the president of ServiceNow’s Europe, Middle East and Africa business, was promoted to chief commercial officer where he will oversee regional sales teams as well as sales enablement and sales operations.

The company also brought in Karen Pavlin in as the company’s new chief diversity, equity and inclusion officer. She previously held the same role at Accenture.

“As our market opportunities expand, we are promoting strong leaders for scale,” he said.

Looking forward, ServiceNow’s ambition is to be the defining enterprise software company of the 21st century, McDermott said.

“ServiceNow’s 2021 results and strong 2022 guidance signal our unshakable confidence in that goal,” he said. “Our performance should leave no doubt: We are executing on all cylinders, and we will continue to do so. The world is looking for market leaders to build a new, inclusive, sustainable way of economic value. And ServiceNow is delivering. This is why we embrace the brand, the motto and the maxim ‘The world works with ServiceNow.’”