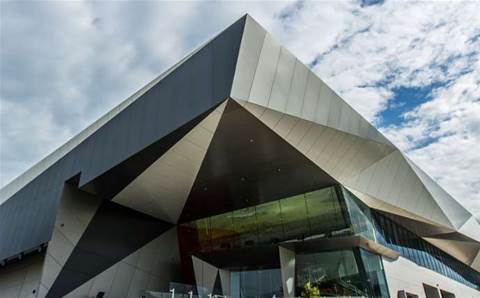 ServiceNow is set to migrate its Australian infrastructure out of Brisbane-based data centre iSeek and consolidate across two Equinix data centres.

The IT service management vendor is currently hosted in both iSeek and Equinix Sydney, but will next year shift from its Brisbane iSeek location and host in Equinix Melbourne. ServiceNow operates out of paired data centres, with eight pairs globally for 16 centres in total.

David Oakley, Australia and New Zealand managing director at ServiceNow, told CRN: “We were having a look at data centre capacity and looking at where some of the future requirements might get to in terms of federal government use and those types of things,” he said.

“We went through an exercise of market testing a pretty broad spectrum of data centre providers in Australia to look at who could help us with where we want to be in three, five, seven years, and where ultimately our customers are demanding us to get to, and looking at the types of things people are doing with us and other cloud providers.

"Net of all that is we've selected Equinix to basically build out our next-generation data centres here in Australia," Oakley said.

The decision coincided with ServiceNow this month being certified by the Australian Signals Directorate for unclassified DLM for the federal government.

“We're one of a very small number of providers in the marketplace that are certified for unclassified DLM for federal government.  We think some of the investments we're making this new data centre will position us well for ambitions around getting to a protected status,” Oakley said.

Oakley said the initial data centre configuration with Equinix in Sydney and iSeek in Brisbane was established in 2010 or 2011. At the time, geographic separation and a broad range of separate network connections for the data centre pair were key to maximising availability and redundancy.

On separating with iSeek and migrating into Melbourne, Oakley said the move was slated for early 2018 and would be supported by an active architecture the company runs allowing it to easily shift data centre locations.

The actual decision to shift out of iSeek, Oakley said, was less simple.

“It's always a hard decision,” he said. “I think it's a very competitive marketplace. So I think certainly Equinix we were very impressed with, but there was a number of providers that are very impressive in the local market.

ServiceNow opened a new office in Sydney earlier this year, moving into a space more than three times the size of its previous workspace, according to Oakley.

iSeek did not respond to CRN's enquiries.
Got a news tip for our journalists? Share it with us anonymously here.

Grabbing the hybrid cloud opportunity with Lenovo and Azure Services
By Michael Jenkin
Sep 27 2017
11:30AM