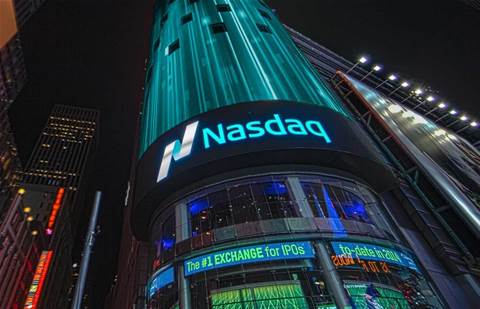 ServiceNow stock has recovered some of the ground it gave up as investors briefly lost confidence in the company when it announced leadership changes on Tuesday.

Following that announcement, and ahead of the earnings call, jittery investors dumped shares resulting in a market cap loss of US$2.3 billion in afternoon trading. However, on Thursday shares rallied 17.81 points from Wednesday’s close for a gain of 8.1 percent.

The company’s market cap is still off US$3.61 billion from where it was last Friday.

ServiceNow’s third quarter revenue grew 32 percent to US$885 million and US$40.6 million in net income for a diluted earnings per share of 22 cents.

During the quarter, ServiceNow said it closed 46 deals with more than US$1 million in net new annual contract value, representing 84 percent year-over-year growth. The company said it now has 809 total customers with more than $1 million in annual contract value, representing 32% year-over-year growth in customers.

He said 18 of the top 20 deals last quarter included three or more of the company’s product offerings, which include its ITSM software, as well as applications designed specifically for HR and Finance, among others.

“Simply what's happening is customers who are pursuing digital transformation are investing in ServiceNow's full suite of IT products,” Donahoe said. “They see the value of better together and have leveraged our entire product suite and unique platform. This is a clear trend.”

For the remainder of the year, Donahoe said he expects subscription revenue to come in between $3.240 billion and US$3.245 billion representing 36 percent to 37 percent year-over-year adjusted growth.

“We've been saying all year long that we continue to see great seasonality in the business and so Q4 is increasingly important,” he said. “Frankly, we've had visibility into this all year long that the Q4 pipeline looks strong. And part of that I think frankly is as we become more strategic and have larger deals, I think customers have a little bit of an inclination that the larger deals tend to get down more in their last quarter of their year because they're confident they can fund it.”

“Over the past several months, we've done a global search for a world-class CFO and I'm delighted to say we've narrowed that search to a small group of exceptional finalist candidates,” Donahoe said. “Now obviously, because of our CEO succession, I slowed the final interviewing process to enable Bill to be able to pick his preferred candidate. And the good news is what Bill's doing now is meeting those candidates and he expects to name our next CFO shortly.”