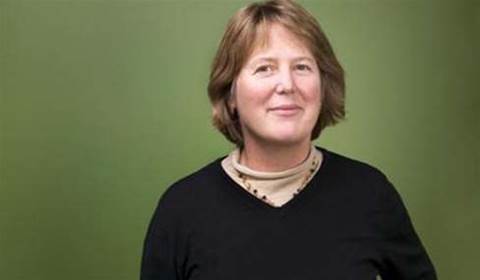 The ABCs of Alphabet's second quarter

But remember way back in those seemingly halcyon days of almost a year ago, before the Alphabet holding company was created to implement financial discipline, when Google was frequently chided for pursuing lofty goals and hard financials seemed so humdrum. Wasn't it more fun to talk about Google back then?

While the restructuring around Alphabet might have injected a level of pragmatic discipline, Sundar Pichai clearly hasn't lost that spirit of yesteryear. Google's chief executive dedicated a good portion of the earnings call to talking about a future world of intelligent machines, voice-enabled virtual assistants, virtual reality and doing good for the environment.

It's been more than eight months since Google brought on Diane Greene to take charge of its cloud computing business, and the VMware co-founder has done a lot to unify the company's enterprise products around a central cloud strategy and technology base.

"Diane has initiated a set of changes and essentially she has integrated our go-to-market strategy with our engineering and product efforts," Google's Pichai said.

That includes an integration of software-as-a-service products with Google's underlying cloud infrastructure, according to Pichai.

Partners and customers now "have one enterprise face" across Google's enterprise technologies and products, he said.

Pichai clearly believes that the proliferation of self-learning algorithms may be the most significant technological breakthrough of the coming decade.

Google's leading the charge to develop and deploy machine learning, applying the artificial intelligence technology throughout its entire product line.

"We are at a pivotal and transformational moment," Google's chief executive said. "Thanks to advancements in machine learning, we have the unique opportunity to take a big step forward for the next 10 years."

Machine learning is not only the "engine that will drive our future," as Pichai described it, but a technology that's already been working to improve almost all of Google's services.

"More than 100 teams are currently using machine learning at Google, from Street View to Gmail to Voice Search and more," he said.

Machine learning can also benefit the environment, according to Google's chief executive.

Last week, the company applied machine-learning protocols developed by its DeepMind subsidiary to improve the efficiency of power consumption inside its data centres.

Google achieved a 40 percent reduction in the energy it was using to cool its banks of servers.

"This will greatly improve efficiency," Pichai said. "And when we publish our research, we hope it will enable others to reduce emissions, too."

Alphabet has added almost 2,500 employees over the past three months, most of them engineers and product managers focusing on cloud, apps and other "priority areas" in the Google business, Pichai said.

That number will rise over the next quarter when Google starts its annual process of recruiting recent college graduates.

These days, people want to access internet services from their mobile devices, and that shift is positioning Google to keep gobbling share across the markets it competes in.

It was Google's portfolio of mobile services, designed to deliver seamless user experiences across devices - and with them well-formatted ads - that drove strong second-quarter earnings, said Pichai.

"The strength of the quarter is about mobile," he told investors, and Google is continuing to build out those capabilities across its portfolio.

"Our investment in mobile now underlines everything that we do today, from Search and YouTube to Android and advertising," Pichai said.

Machine learning may be the future, but according to Pichai, "mobile is the engine that drives our present."

Google platforms like Chrome and Android are increasingly ubiquitous across all types of devices.

The virtual reality platform will be released later this year, and Google is already working with Android partners to build out the Daydream ecosystem, Pichai said.

"So stay tuned for more Daydream-ready phones, controllers and headsets coming this fall," he told investors.

Another application of machine learning is natural language processing. While we're still in the early days of being able to effortlessly dictate commands to our devices, Google has spent 15 years making inroads to make that vision possible.

Currently, 20 percent of queries made to the Google app on Android devices are voice queries, Pichai said. That's millions of queries every day that users speak, rather than type, into their phones.

"So today, in terms of evolving to a conversational assistant, we have a big head start. People do this," Pichai said. "It's more personal, and it's a bit more emotional and an engaging experience for users."

Google Assistant, the company's next-generation speech-enabled virtual assistant, will launch in the second half of the year through a number of products.

Grabbing the hybrid cloud opportunity with Lenovo and Azure Services
By Joseph Tsidulko
Aug 2 2016
9:28AM