Sexy stores part of the turnaround for Dick Smith 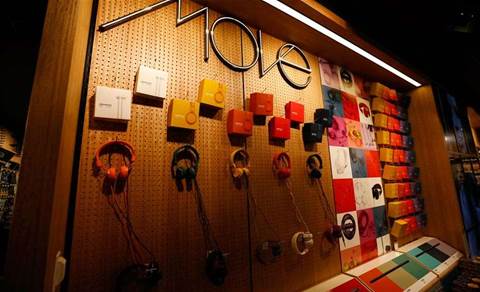 Dick Smith's Move chain, which combines fashion and technology, has entered the Melbourne market – as the retailer also reported positive results for the third quarter.

Move's second national store – the first located in Sydney's Bondi Junction – opened in Melbourne's Emporium building last week. It will continue to offer a range of 'fashtronics' to consumers.

As part of the push, Dick Smith has collaborated with Australian designer Dion Lee to launch a collection of smartphone and tablet covers. Melbourne-based Friend in Fashion blogger, Jasmin Howell is curating a range of stylish products..

Move will continue to expand these coming months with scheduled store openings in Victoria's Highpoint shopping centre in April and a Move store in Queensland's Indooroopilly in May.

Michael Dykes, director of customer strategy and Move stores, said: "Move is pioneering the growth of style-inspired technology in Australia, attracting customers who are interested in wearing technology rather than simply using it."

Dick Smith's online sales rose 47 percent growth in the quarter, and now account for around 4 percent of retail sales.

The results represent another strong showing for the retailer, whose fate was in question only two years ago with plans to shut around 100 stores following declines in earnings under parent company Woolworths.