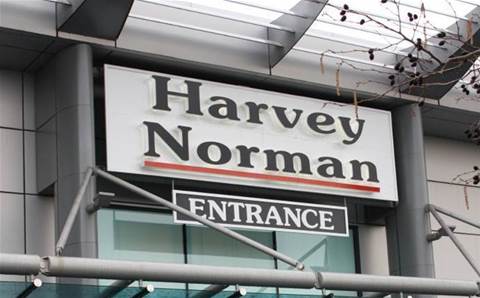 Harvey Norman has responded to a scathing letter from the Australian Shareholders Association (ASA) in which the investor advocacy group called for chairman and co-founder Gerry Harvey to step down.

The ASA, which seeks to represent independent, retail shareholders, has taken issue with a range of matters at Harvey Norman, which it said was "virtually alone in having a non- independent majority on its board".

The ASA judges a director to no longer be independent once they have spent more than 12 years on a board. It plans to vote against the company's remuneration report as well as the re-appointment of Harvey and two directors.

"As much as we think it is wrong for a company to have an executive chairman, realising the reality of the situation we would usually always vote in favour of a company founder and or a majority shareholder.

"However, in this case as Mr Harvey leads a board that through the intentional lack of renewal is about to be totally non-independent, we will vote our undirected proxies against him."

The ASA also hit out at Harvey Norman for failing to list Amazon, which is set to launch in Australia, as a key business risk listed in its annual report.

Harvey Norman has dismissed the claims and responded that it "does not have a totally non-independent board".

Its campaign could lead to a fiery AGM, due to be held on Thursday 16 November.

The ASA faces an uphill battle to convince shareholders. It voted against last year's  accounts, its remuneration report and the re-election of two directors, all of which were widely approved by shareholders.

Harvey Norman has been under regulatory and media scrutiny this past year over the way it handles its network of franchisees.

There have been calls for Harvey Norman to consolidate its franchisee accounts with its group accounts, and to provide greater clarity in regard to the financial support it provides to franchisees.

Earlier this month, ASIC dropped a probe into the electronics retailer, which admitted earlier this year that the corporate watchdog was looking into how the company accounted for its franchises, in particular, whether the accounts of franchise stores should be consolidated.

The ASA is still demanding more clarity on Harvey Norman's financial arrangement with franchisees, including whether the parent company was paying off suppliers or loaning money through its Derni subsidiary to satisfy franchisees' external debts.

"Harvey Norman has announced that it will no longer guarantee the payments on behalf of franchisees; so if a franchisee owes money to a supplier that is their responsibility and no longer is the company stepping in to pay up," ASA monitor Allan Goldin said.

In its response to the ASA, Harvey Norman said that none of its franchisees had handed their franchises back, gone into receivership or declared bankruptcy as a result of the change.

The group said it was not party to trading terms between franchisees and suppliers and was "not responsible for the discharge of any obligations of a franchisee under any contract with a supplier".

"Derni may from time to time provide financial accommodation in the form of a revolving line of credit to a franchisee, at the request of a franchisee, to assist the franchisee to acquire inventory from a supplier.

Create your business scorecard
By Steven Kiernan
Nov 15 2017
7:13AM