Sharp tosses up whether to buy Toshiba's PC business 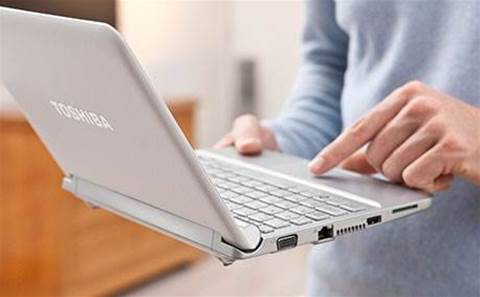 Sharp said its board would meet on Tuesday to consider buying Toshiba's PC business, sending shares up three percent in morning trading in Tokyo.

Sharp, the Japanese electronics unit of Taiwan's Foxconn, formally known as Hon Hai Precision Industry Co Ltd, was in talks to finalise a deal for Toshiba's PC unit for about 5 billion yen (A$59.5 million), sources told Reuters on Monday.

A successful deal would mark Sharp's return to the PC market after exiting it in 2010, with the Osaka-based electronics maker able to leverage the vast purchasing network of parent Foxconn, the world's biggest contract manufacturer and major Apple

Shares in Toshiba, which said its board would also consider the transaction on Tuesday, were up 0.7 percent. That compares with flat trading on the benchmark Nikkei 225 index.

Embattled conglomerate Toshiba has sold its television business to China's Hisense Group and its white-goods business to China's Midea Group as it scrambles for funds to cover billions of dollars in liabilities arising from now bankrupt US nuclear unit Westinghouse.

Eliminating departmental friction within MSPs
By a Staff Writer
Jun 5 2018
11:37AM