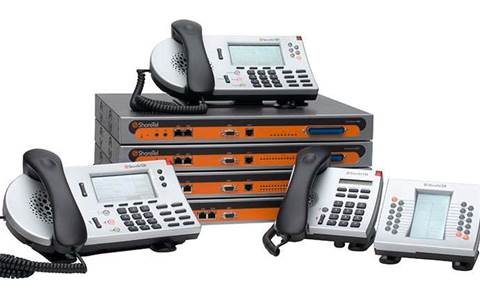 Unified communications vendor ShoreTel has snapped up M5 Networks Australia, a provider of hosted voice-over-IP and a partner of Cisco and Optus.

The deal, for an undisclosed amount, will allow ShoreTel to bring its own cloud solution to Australia, allowing it to grow beyond its "strong roster of onsite customers".

M5 Networks is based in Canberra and was established in 2002. It provides hosted VoiP direct to customers such as Qatar Airways and as well as running its own partner program. According to M5's website, its core technology partners include ShoreTel competitor Cisco, as well as Optus.

The deal, which follows ShoreTel's 2012 acquisition of M5 Networks in the United States, doubles ShoreTel's Australian headcount, adds offices in Canberra and Melbourne as well as points-of-presence in TransACT Canberra, Equinix Sydney and NextDC Melbourne.

M5 Networks Australia operates its own hosted voice technology, which will now be upgraded to the ShoreTel Connect Cloud platform.

ShoreTel Australia managing director Jamie Romanin played down M5's Cisco connection. "They developed a hosted voice technology and happen to use Cisco handsets along with other SIP handsets. The technology is not built or based on Cisco."

He told CRN: "They are a cloud provider offering hosted voice on their own technology, which they have developed in conjunction with M5 Networks in the US. They own their own code here and their own data centre infrastructure in country, which we have also acquired.

"There will be an upgrade path. We have already been through this with M5 in the US and are well aware of what needs to be done and how to execute it. That was one of the attractions of the acquisition. Ultimately this is a step toward bringing ShoreTel Connect Cloud to the country."

The acquisition will allow ShoreTel to go to market with its Connect unified communications service in three ways: an on-premises version, a hosted offering in partner data centres, and soon via Connect Cloud, a "ShoreTel-owned and -managed platform that we are selling through the partner network", said Romanin.

While M5 currently sells both direct to customer and via its own channel, Romanin said ShoreTel would progressively move away from this "dual play" and toward a 100 percent channel model.

ShoreTel chief executive Don Joos said the Australian acquisition deal would "quickly accelerate" ShoreTel's cloud rollout in Australia. "The acquisition of M5 Australia is another step in our strategic plan to grow our cloud offering outside the United States, and will fill a demand for a cloud solution in the Australian market."

Richard Ruth, managing director of M5 Australia, said: “Australian businesses are very cloud savvy and are eager to buy communication services from proven providers. We’re happy to become part of ShoreTel so we can expand the reach of our product offerings and create greater opportunities for our employees."