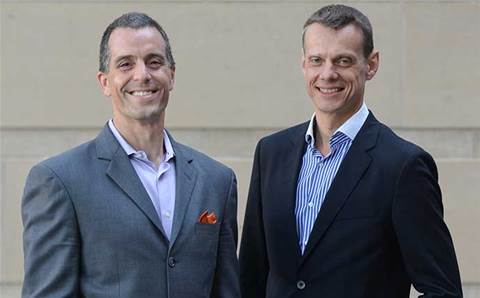 Unified communications vendor ShoreTel has launched its cloud-hosted solution, Connect Cloud, in Australia, two years after the product was first unveiled in the United States.

The announcement was made this week as executives from the California-based company visit Australia to meet with partners. Australia represents the latest step in Shoretel’s unified-communications-as-a-service rollout, and continues the company’s growing footprint in the region.

The introduction of the ShoreTel cloud platform allows customers to use ShoreTel UC core infrastructure either in their own server room or to have the service hosted out of one of ShoreTel’s two data centres in Australia.

ShoreTel says it has hit the ground running with the solution, with seven local customer contracts already signed.

“The richness of the Connect CLOUD solution combined with the enthusiasm we’ve seen from the Australian channel perfectly positions ShoreTel to drive cloud growth in the Asia-Pacific region,” he said.

Frederic Gillant, vice president and managing director of ShoreTel Asia-Pacific, said the cloud capability made sense for many customers in Australia, who are eager in their adoption of cloud services.

“We have an incredibly loyal customer base here in Australia, and are honoured to still count as customers most of the original organisations who chose ShoreTel when we opened operations here more than ten years ago,” he said.

“Many of our customers have been adopting cloud in other areas of their IT infrastructure and business; now they also have a low-risk cloud migration path for their ShoreTel telephony and UC environments.”

ShoreTel’s move to cloud hosting solutions follows the vendor’s acquisition of M5 Networks in the US in 2012, followed by M5’s Australia business in 2015. ShoreTel told CRN at the time the buy was a stepping stone to bringing Connect Cloud down under.