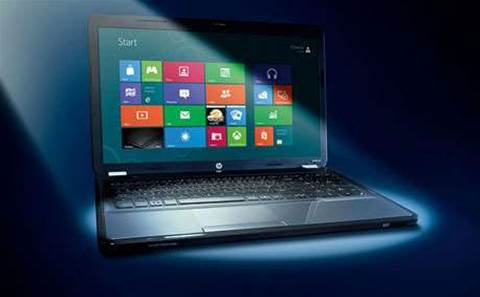 Microsoft should follow Apple's lead and give away Windows 8 for free, according to analyst firm IHS.

Windows 8 and its successor Windows 8.1 have struggled to grab users, with the most recent stats from Net Applications showing 6.7% and 2.4% market shares respectively.

Analyst firm IHS has suggested that one way to improve uptake of the "widely disliked" Windows 8 would be to remove the price tag - following the lead of Apple, which offers upgrades to its latest version of OS X, Mavericks, for free.

The analyst warned that otherwise, while Microsoft "isn't likely to lose its dominant position in traditional PC operating systems anytime soon", Apple's decision to start giving its OS away for free could "pose a competitive challenge among a segment of fickle customers".

IHS analyst Clifford Leimbach sees such "vacillating fence-sitters" mainly in the premium device market. "While price-conscious consumers are likely to stay with Microsoft because of its less expensive PCs, a struggle of sorts may yet emerge in the market for consumers currently on the fence for premium-priced computers," he said.

"A Mac could become more appealing to this receptive segment of buyers, especially when free upgrades now — and for the future — are considered in the overall calculations of a new purchase," Leimbach added.

Not everyone agrees, however, partly because OS X upgrades were already relatively cheap before Apple started offering them for free. The OS cost a small fraction of the price of a MacBook Air, which according to IHS' own figures costs a third more than the average Windows laptop.

It's also questionable to what extent the cost of future upgrades influences shoppers. "I don't think consumers carry out lifecycle cost analyses when deciding which equipment to purchase," said Chris Ingle, an analyst at rival firm IDC.

"Performance is the top issue in the most recent research we have done. I'm not sure how much the balance of purchase price and upgrade costs weighs upon purchasing decisions."

Outside of the premium PC market, the stiffest competition to Windows 8 isn't Apple: it's previous versions of Windows.

"Consumers may not be bolting from Microsoft, but it’s not because of any love for the system," Leimbach said. "Microsoft’s base is staying largely because there are no alternatives to run to, especially in the low-cost segment where price rules purchases. With no viable alternatives, unhappy Windows users will simply hold onto their current version of Windows."

Indeed, IHS predicted that the market share for OS X will slide to 6% in the fourth quarter, down from 7% from the previous quarter. Microsoft, meanwhile, is expected to climb by a percentage point to 89%. That's down slightly on last year's figure, but IHS admitted that "no substantial erosion seems to be taking place".