Shut up Siri: BlackBerry gets its own Assistant 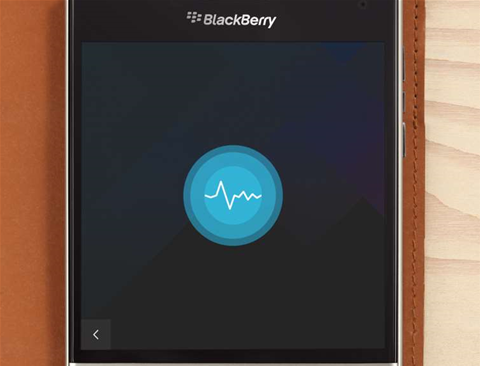 BlackBerry users may feel left out when iOS and Windows Phone users speak to their smartphone voice assistants, but not for much longer: BlackBerry Assistant is on the way.

The BlackBerry Passport - a square "phablet"-style device with a Qwerty keyboard - is expected to arrive in a few months, bringing with it an update to the OS.

One major new feature in BlackBerry 10.3 will be a personal assistant - but odd names such as iOS' Siri and Windows Phone's Cortana have been eschewed in favour of the more straightforward BlackBerry Assistant.

Like its established rivals, BlackBerry Assistant is voice-activated "when it needs to be". It sends notifications based on email and calendar appointments, and can be used to compose messages, run searches and open apps. Assistant carries out such tasks without actually leaving the app, letting you (for example) set a reminder without having to switch to a different environment.

BlackBerry Assistant is also compatible with any Bluetooth device, letting you use it in the car.

BlackBerry claims that the assistant will learn as it goes, becoming more "tuned in" to queries the more it's used. The company suggested that users would be "surprised at how accurate" it is compared to "other smartphone-based personal assistants".

While BlackBerry is happy to take such digs at other digital PAs, the company admitted that it has a "number of fun Easter eggs built in as well" - mimicking the famously silly answers returned by Siri to certain requests.

BlackBerry has yet to offer a demo video or show Assistant in action; the software will arrive with the BlackBerry Passport, which is expected to launch in September.