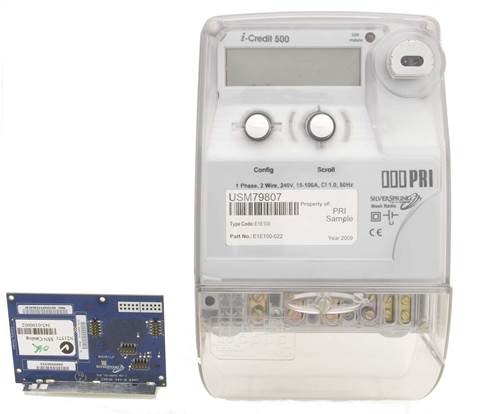 US maker of networking gear for the smart grid, Silver Spring Networks, is an early winner in the race to build Australia's next-generation power infrastructure. It scored contracts with electricity distributors CitiPower, Powercor, Jemena and UED for their smart meter rollouts.

Silver Spring provides the hardware, software and services to run smart grids, based on internet protocol, which makes it an upstart in the industry that dates to 1872.

Silver Spring vice president Eric Dresselhuys says the adoption of smart grids based on the internet's lingua franca opens the doors to innovation in much the same way as digitising the phone networks opened telecommunications to new ideas 20 or more years ago.

"The utilities need an open, standards-based technology like we saw with telecommunications and the internet and every technology transformation," Dresselhuys says. "We offered an IP-based utility solution that connected everything from the utility to the home."

Silver Spring's network interface cards or 'NICs' attach to meters such as those from Landis+Gyr and GE to relay data between the power company and the premises according to specifications doled out, in this case, by the Victorian Government in protocol documents. But every type of meter is different and there are regional variations so Silver Spring customises its cards for each customer.

"People don't appreciate the challenge is to provide ubiquitous, low-cost electricity in all these difficult operating environments," he says.

Its devices communicate over wireless mesh, public carrier, wireless protocols such as CDMA, GSM, WiMAX. It is looking at fibre optic and Ethernet backhaul where it makes sense, he says: "It comes down to what delivers the best price-performance matrix to the users because they're paying the bill".

He says lawmakers need to infuse regulations covering utilities with upside to encourage them to take risks.

"Too often I've seen regulators who want utilities to take all the risk but then put them on the hook if there's a downside and return any money saved in the rates structure. It's not that utilities don't want to be more progressive, it's that uncertainty around the regulatory environment [stifles innovation]."

But if power companies and governments can reach rapprochement, Dresselhuys predicts a creativity explosion.

"I feel the adoption of standards-based networking will give birth to hundreds, thousands of new companies and solutions. You allow the vendor community to innovate around the ecosystem [with] devices and services, no one has proprietary lock-in. The ecosystem will be opened up for innovation."

Your deep-dive guide to smart grids

Eliminating departmental friction within MSPs
By Nate Cochrane
Jul 30 2009
10:46AM