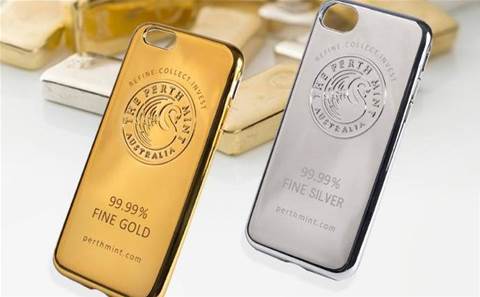 The Perth Mint is a gold-standard client – literally. One of Western Australia’s largest exporters, it generated revenue of $9 billion in 2016 and distributes about $18 billion worth of precious metals to investors across the world each year.

The company, which was established in 1899, provides precious metals services to world markets, commercial interests and consumers. It is wholly owned by the Western Australian government.

Perth Mint had identified that it needed to improve its ICT posture to better support its gold, silver and platinum bullion bars and coins business.

After a thorough tender process, Perth Mint engaged Silverfern IT to implement a range of computing improvements, including improving the end-user experience, enhancing system resilience and improving the experience for call centre customers.

It would be a transformational project not only for the client, but also for its ambitious IT supplier. Established in 1991, Perth-based Silverfern IT provides managed services across the SMB market. This would be its first end-to-end enterprise project.

Marc Mason, Perth Mint group manager for information technology, said: "In mid-2015 following the acknowledged failure of a number of key IT functions including service desk and infrastructure services, the mint performed an evaluation on the different methods by which effective IT functions could be delivered into the business in order to support both new and existing functions."

Perth Mint's call centre, which plays a key role during major financial events, was updated and can now manage a higher volume of incoming calls. The update has also added new capabilities to the call centre, such as rapid access to customer call recordings.

"The SCOM and SCCM deployed have delivered a high degree of operational efficiency to the infrastructure operations and allowed the teams to transition from a reactive to a proactive support and delivery model," Perth Mint's Mason said.

VMware vSphere was deployed and a full disaster-recovery test involving a week-long site failover and fail-back was performed. This was one of the major areas of concern and the results enhanced the confidence of Perth Mint’s senior management in their IT environment.

Barracuda Mail Archiver was chosen for email archiving and search capabilities, while Veeam Backup and Replication was also put in place, allowing Perth Mint to respond to restoration requests faster.

"The operational infrastructure environment was stabilised within six months of the transition to the managed service including security features and capabilities. Once stabilised the following six months were used to extend these basic capabilities and transform the infrastructure environment into one that the wider IT team can be proud of and the wider business can rely on to carry out its everyday activities," Mason added.

Silverfern IT is a finalist in the Optimising Investments (Enterprise) category at the 2017 CRN Impact Awards. The full list of finalists will be announced at our CRN Pipeline conference in Melbourne on 22-23 March. The winners will be announced at the Impact Awards dinner during the CRN Pipeline conference in Sydney on 6-7 April.