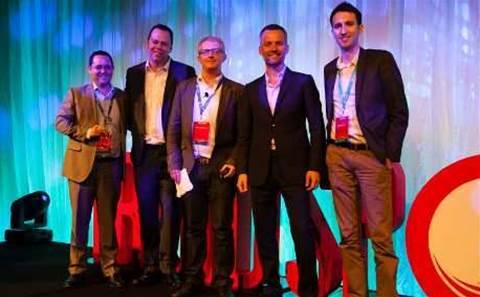 Sitecore announced the 2014 winners of its ANZ channel partner awards at the Hilton Hotel Sydney.

The event was the first time Sitecore held channel partner awards for the ANZ region.

The Best Mobile Experience award was handed to Switch for its work with Kia in providing a multi-channel web experience through mobile strategies. Switch has worked with Sitecore since 2011 and has developed mobile strategies for organisations such as Rhino-Rack and Tyreright.

Best Personal Experience was awarded to Bullseye Digital for its work in redeveloping the Auckland Airport website. Bullseye Digital managing director Jason Davey said he was delighted to be recognised by the vendor.

Bullseye Digital has completed 50 major website projects with Sitecore since it became a partner in 2007.

Isobar won the Best Multichannel Experience gong for its work with Network Ten for its television streaming service, Tenplay.Isobar's business development director Damian Guiney said: “It was an incredibly ambitious project…the results speak for themselves peaking at over five million video views per week, 13 million page views per week and 1.34 million unique visitors per week.”

Isobar has built over 40 websites using the Sitecore platform for companies such as David Jones, Stockland and the Defence Department.

The Technology Partner Award went to Deloitte Digital for its continued work with Australian Super in providing a targeted engagement approach with members.Deloitte Digital partner Joel Lipman said being recognised for the award “is a fantastic acknowledgement of the vision of our clients, the passion and brilliance of our team and the capabilities of Sitecore as a platform”.

Microsoft won the Cloud Partner Award for its partnership with its cloud platform, Microsoft Azure.

Kevin Francis, Sitecore Alliance Manager for Object Consulting, said on behalf of the company he was “very proud and excited to be recognised”.