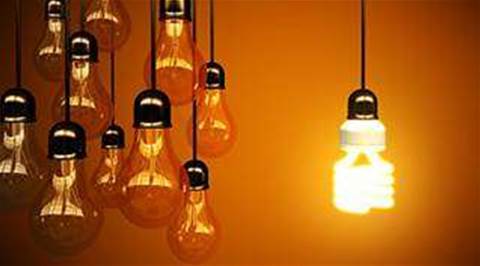 Prepare for fluctuations in flash storage prices, thanks to a 13-minute blackout at Japanese factory that destroyed six exabytes of storage.

The filing explained that “on Saturday, June 15, an unexpected power outage occurred in the Yokkaichi region in Japan, affecting production operations at the flash fabrication facilities operated by the company’s joint venture partner, Toshiba Memory Corporation.”

“The power outage impacted both the facilities and process tools and Western Digital is working closely with its joint venture partner to bring the facilities back to normal operational status as quickly as possible.”

Toshiba’s own statement on the incident offers a time-frame for  production to resume: the company hopes to restore operations by “mid-July”.

WD’s statement adds that the company “continues to assess the impact of this event” and “currently expects the incident will result in a reduction of Western Digital’s flash wafer availability of approximately 6 exabytes, the majority of which is expected to be contained in the first quarter of fiscal year 2020.”

Memory-focused analyst firm Trendforce says Toshiba is recovering “slower than expected” from the incident and said “The supply of 2D NAND Flash, which caters more toward specialty storage applications, will tighten up noticeably in the short term due to the power outage … Hence, TrendForce now expects some impetus for suppliers to raise quotes on 2D NAND products in 3Q19.”

But the firm said current inventories of other flash products should sustain the market without price rises.