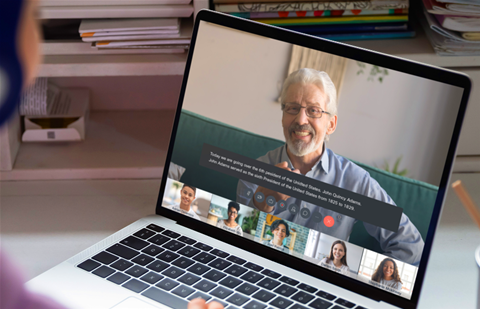 Video conferencing and collaboration solutions have been on the market for more than a decade, but it took a global pandemic to move these offerings from a “nice to have,” to an “absolutely need to have” in the enterprise.

Cisco Systems was one of the vendors that has stood out as a leader in the meeting space with its popular Webex platform. In the beginning, the tech giant was focused on getting Webex into the hands of more enterprise customers to help these businesses stay up and running. As the year progressed, it became more about ensuring secure meetings and developing new features to help remote workers stay as productive as possible. The Cisco Webex team has unveiled more than 400 new or upgraded features in the last six months.

The hard work on developing the video conferencing platform is paying off. Today, Cisco Webex has more than 600 million monthly users globally and is connecting 6 billion calls per month, the company told CRN USA.

However, the focus of Webex has shifted slightly. The future of work is going to be a hybrid model, with some people at home and some people in the office. As a result, the Webex team is working on features to keep employees safe and healthy in the office, while keeping them engaged and connected when in the home office.

From enhancing its user interface, to offering AI-powered noise cancellation and real-time translation in more than 100 languages, here are a handful of the latest Cisco Webex features that solution providers should know about. 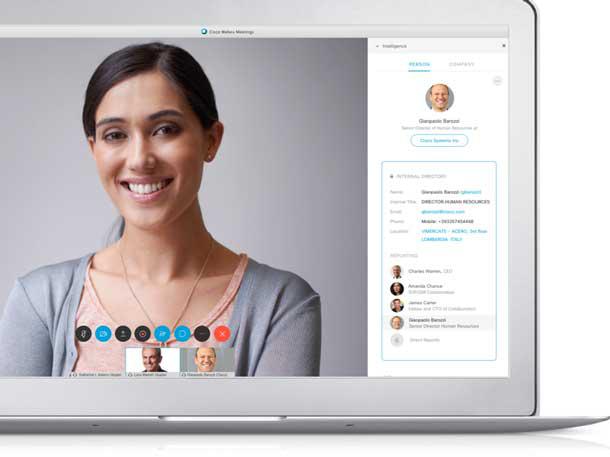 Webex’s People Insights feature was first introduced in 2019. In March, it was expanded to increase and promote employee well-being and help users build better connections with their colleagues, Cisco said at Cisco Live 2021.

New to People Insights is Personal Insights, which gives users a view into daily trends and their interactions so they can better tailor their collaboration with coworkers and focus their time. Personal Insights can show users how often they accept meetings and never attend and multi-tasking during meetings.

The next feature is Team Insights, which gives each team member a view of patterns between connections, collaboration habits, and work-life integration for the entire team, while maintaining privacy. Team Insights can surface the percentage of meetings that are taking place outside of their team’s preferred working hours, for example.

Lastly, Organizational Insights provides a bird’s-eye view of the company’s collaboration trends and patterns to help identify silos or teams that may benefit from additional support or an increased focus on inclusivity, the company said. Cisco in March upped its language library from more than ten, to 108 languages, Users can select from common languages such as Arabic, Dutch, French, German, Japanese, Mandarin, and Spanish, as well as more localized languages such as Danish, Hindi, Malay, Turkish and Vietnamese, the company said.

The real-time translation feature is based on technology that Cisco acquired from AI-based meeting and voice specialist Voicea, which became part of Cisco in 2019. Cisco said that feature will let businesses bring on the best talent, regardless of their native language. Users are also able to more easily work with business partners or end clients.

The latest translation feature is now available in Webex as a preview and will be generally available to users in May.

Taking advantage of its BabbleLabs purchase, which it officially closed on 1 October, Cisco has baked in noise removal technology into Webex. Now, users can block out a rogue child, pet, or even lawn mower in the background of a video meeting.

Jeetu Patel, Cisco’s senior vice president and general manager, security and applications Group explained that now, meetings don’t have to be plagued with unwanted background noise. Using AI, Webex can segment out, capture, and enhance the speakers’ voice in any language and distinguish human speech from unwanted noise.

Patel said the point of the noise cancellation feature was to take away the need for people to ask, “Can you mute yourself?” to their fellow meeting participants. The Cisco Webex interface was redesigned in October to give users more control over features and how they’d like to view content, screens, and speakers. Now, users can hover over themselves to change their audio settings easily and pin specific speakers or attendees during meetings to always have the reaction of that attendee front and centre. Users can also hide attendees that aren’t joining as video participants.

Cisco also improved its preview pane, which lets attendees view themselves on camera in a larger format before joining the meeting and make any changes to their background -- whether selecting a virtual background or blurring their background surroundings. Not to be confused with Webex Huddle Space hardware solutions, the newly introduced Webex Huddle feature lets employees work together without scheduling or putting anything on the calendar. It’s a single-click feature that allows employees to start a call or video meeting immediately with other Webex users, as needed, according to Cisco. Rolling out soon will be in-meeting gestures that use AI to automatically detect hand gestures from meeting participants, such as thumbs up, thumbs down and clapping and display them as a reaction in a user’s video window. Meeting participants will also be able to react using smiling, laughing, shocked and party emojis while in a video call.

Speakers will be able to see feedback in real-time, and while they are presenting, Cisco said of the new feature. Once available, users must activate the gesture feature in Webex.