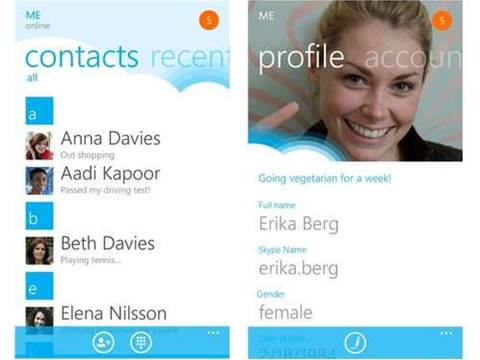 It's been in beta on Windows Phone since February, but now Microsoft-owned VoIP service Skype has finally been officially released on the Windows Phone Marketplace.

It serves up the usual Skype features – calling, video chat and instant messaging, plus cheap-rate calls using Skype Credit – all wrapped up in the Windows Phone Metro interface. During the beta process Microsoft said it added extra features including video calling in portrait mode and friend management capabilities including invite, accept invitations, block, and unblock contacts.

It is available in 18 languages on smartphones running Windows Phone 7.5 (Mango) or above.

The application arrives one year after Microsoft's $US8.5 billion acquisition of Skype.