Slack hits Microsoft with antitrust complaint in EU over Teams 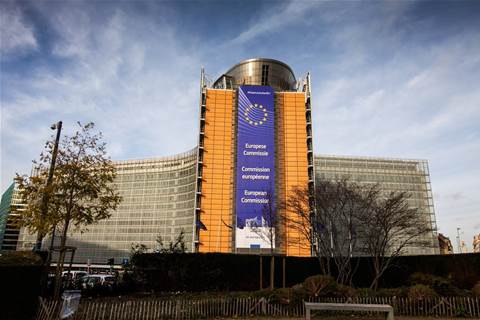 Slack Technologies on Wednesday said it has filed an antitrust complaint against Microsoft with the European Commission, accusing its rival of “illegally” tying Teams to the Office 365 suite.

Teams is included as part of Microsoft’s widely used Office 365 suite. Though Teams was introduced back in early 2017, the platform has seen a massive surge in usage in recent months amid the shift to remote work--with Microsoft most recently reporting 75 million daily active users for Teams.

“Microsoft has illegally tied its Teams product into its market-dominant Office productivity suite, force installing it for millions, blocking its removal, and hiding the true cost to enterprise customers,” Slack said in a news release.

Microsoft is “reverting to past behavior,” said David Schellhase, general counsel at Slack, in the news release. He referred to the antitrust case two decades ago that accused Microsoft of giving preferential treatment to its Internet Explorer web browser in its Windows operating system--which led to a settlement in 2002, without Microsoft being forced to be broken up. Schellhase called Microsoft’s actions with Teams and Office 365 “a carbon copy of their illegal behavior during the ‘browser wars.’”

Slack is reportedly also in communication with U.S. antitrust officials about its accusations against Microsoft related to Teams.

In a statement provided to CRN, Microsoft said it will provide a response to the European Commission--and also pointed to the video capabilities of Teams as an important differentiator from Slack.

“We created Teams to combine the ability to collaborate with the ability to connect via video, because that’s what people want. With COVID-19, the market has embraced Teams in record numbers while Slack suffered from its absence of video-conferencing,” Microsoft said in the statement.

“We’re committed to offering customers not only the best of new innovation, but a wide variety of choice in how they purchase and use the product,” Microsoft said. “We look forward to providing additional information to the European Commission and answering any questions they may have.”

Slack CEO Stewart Butterfield has been vocal in his criticism of Teams, frequently attempting to paint Microsoft’s Teams user growth figures as unimpressive or misleading. For instance, in May, Butterfield said that “after three years of bundling [Teams] and pre-installing it on people’s machines and insisting that administrators turn it on--forcing users from Skype for Business to switch to Teams--they still only have 29 percent [of Office 365 users]. Which means 71 percent of their users have said, ‘No thank you.’”

The complaint comes as Microsoft is holding the second day of its Inspire 2020 global partner conference, which has featured a major emphasis on the opportunity for partners with Teams.

Slack stock declined 2.64 percent in trading in early trading Wednesday to US$31.74, while Microsoft shares were up marginally to US$209.25.