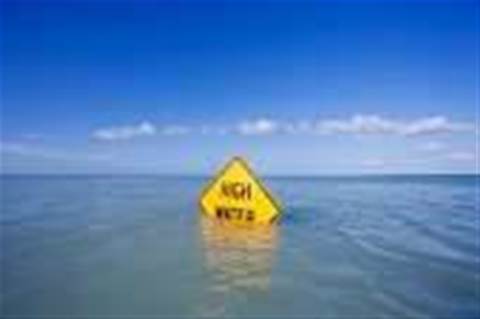 Small businesses in Australia and New Zealand have experienced three network disruptions on average in the past 12 months costing them an estimated $30,000 a day, a Symantec report released today has found.

The survey, conducted by Applied Research, found power outages (79 percent) were the number one cause of disruption in the past 12 months, followed by floods, fire or storm (70 percent) and virus attacks (67 percent).

Of concern, however, was that 93 percent of small businesses said they were "somewhat to very satisfied" with their disaster plans even though almost one third didn't have a plan to deal with such disruptions.

The report also found small businesses were confident their customers would be understanding and patient during a disruption.

Only one in four respondents believed customers will evaluate other options, including competitors.

But Symantec, who surveyed some of the small businesses' customers, found this wasn't necessarily the case.

"It's perception versus reality," Steve Martin, small business director at Symantec Australia and New Zealand told CRN. "It's the first time we interviewed not only small businesses but also their customers.

"93 percent of small businesses said they were satisfied with their disaster recovery plans but when we interviewed their customers' they said they have switched suppliers because their systems were unreliable," said Martin.

In actual terms, two in five small business customers have switched vendors because they "felt their vendor's computers or technology systems were unreliable.

Martin said small business was reliant on the IT channel to provide advice and strategies to mitigate disaster recovery issues.

"It's a great opportunity for the channel to get more proactive and talk to small business. The channel has to be involved in the risk assessment as the trusted advisor. Resellers have to work with them and discuss the options," he said.

Meanwhile, the study also found that one third of small businesses run back ups daily, in which they back up 60 percent of their company and customer data.

Half of those surveyed estimated they would lose 40 percent of their data if their computing systems were wiped out.

"There's a huge opportunity [for channel partners] to get out there and talk [to customers]," Martin said.