Small reseller called in to fix mess Telstra left behind 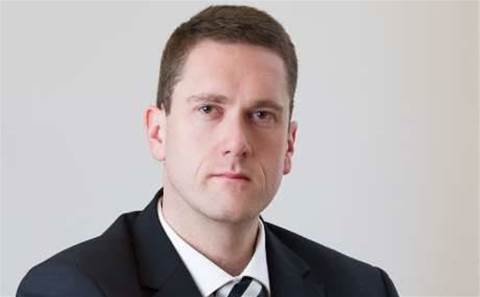 A customer that Telstra used as a case study to spruik its cloud service has switched to a small Melbourne channel player for a "do-over" of its infrastructure.

Tristar Medical Group, a company that operates a network of clinics in NSW and Victoria, was featured in a Telstra promotional video as a model of a satisfied customer. Years later, infrastructure problems left behind from that implementation forced Tristar to bring in service provider Acurus.

"When we came in, I said: 'Let me guess, they did your phones and offered you a good deal for IT and they got you to read their [video] script before it was all delivered?'," said Marshall Thompson, general manager of Acurus.

Managing director Jason Matser said: "They were with Telstra and were really suffering. They were already in cloud, as one of Telstra's first [cloud] customers."

He added that "doctors simply couldn't work" during outages.

Tristar's chief executive Dr Khaled El-Sheikh confirmed the situation to CRN: "We had multiple meetings and negotiations with Telstra to come up with a fix. But all the suggestions they made were ridiculously expensive. They promised us the world and they didn’t deliver."

CRN contacted Telstra for comment on the Tristar account. A spokesperson responded only that the telco had "offered a number of solutions and suggestions for this customer".

The stalemate forced Dr El-Sheikh to resort to dramatic measures two years ago, while still under the Telstra agreement. "I said, 'I don't care if we break the contract with Telstra, we can't go on like this'. And we put out a tender."

The tender was secured by Acurus and Matser attributed the win to its consulting skills. "We said, we'll wait until we deliver before coming back for a case study."

Network performance was critical as the company had many sites spread across a large territory. El-Sheikh said that Tristar now has 49 medical centres, almost 500 in-house staff, and 200 doctors on contract.

Matser said previously the livelihood of the network was dependent on a single medium: "Before they were completely reliant on copper wire, so if it failed then people couldn't work. Now we have auto failover 4G and 3G."

"We improved the efficiency of the data throughput – there was a big improvement in the links. There's also now more visibility of network, right down to IP address within site," said Matser. "Another problem was Citrix printing over the wire, which we solved with LAN acceleration."

The reforms implemented by Acurus have forged a trust between the 35-staff integrator and the medical firm.

"Now they come to us for anything. We're truly a technology partner," said Matser.

Dr El-Sheikh said: "The Acurus guys are proactive, which is important when you have a business that's expanding."

"Telstra was working in their self-interest. Acurus said upfront: this and that will cost you extra, but you don’t need it now – save it for later."

Fortunately for Tristar, Telstra allowed the contract to be terminated one year early to make way for Acurus. Dr El-Sheikh said that the telco put up no resistance to prematurely end the agreement as "they realised it was a disaster and went into damage control".

Acurus, owned by Matser and Thompson, will soon open a Manila call centre to add to its Melbourne operations.

Update: Telstra removed the promotional video after this article was published. The hyperlink now refers to the transcript.