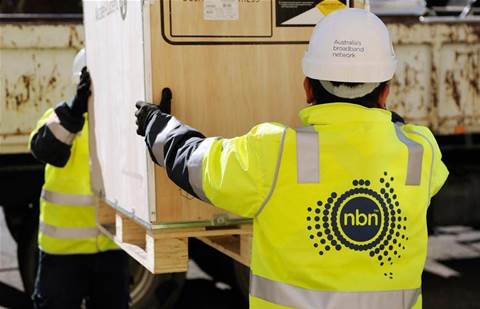 TPG and Optus saw their share increase to 21.9 percent and 14.4 percent, respectively, while telcos listed under “other” increased their collective share from 6.8 percent to 7.1 percent. Vocus saw its share dip slightly from 8.3 percent to 8 percent.

“The ACCC is pleased to see this growth in the number of RSPs acquiring wholesale services directly from NBN, which is good for both consumers and businesses,” ACCC chair Rod Sims said.

“Connecting directly to the NBN allows RSPs to better control the quality of service they can provide to their customers.”

The report also found that more than 5.6 million Australian premises are now connected to the NBN, up 9.2 percent from the previous quarter. While there are more customers on the faster 50Mbps and 100 Mbps plans, some 2 million remain on entry-level 12Mbps and 25Mbps plans.

“We remain concerned about the entry-level options that are available on the NBN. Consumers must have a genuine choice," Sims said.

"They should not be forced to take up higher-speed plans due to a lack of entry-level products that are affordable and that offer adequate data allowance. We remain in active discussions with NBN Co about wholesale pricing.”