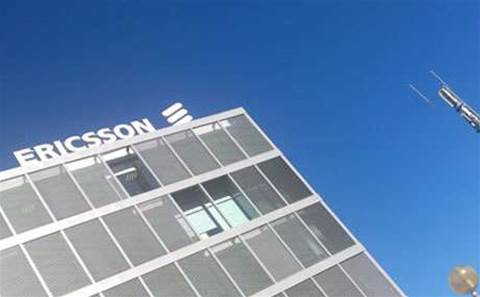 Subscriptions for smartphones globally will rise faster than previously thought, almost tripling by 2019 and forcing operators to roll out high-speed networks to cope with surging data traffic, Ericsson said.

The world's top mobile network equipment maker said it expected 5.6 billion smartphone subscriptions globally by the end of 2019, up from 1.9 billion in 2013, as more people in emerging markets buy cheap smartphones instead of basic phones.

This will help drive a surge in mobile data traffic by ten times between 2013 and 2019, mostly thanks to video, Ericsson said.

It expected monthly smartphone traffic would reach 10 exabytes by 2019, or one billion billion bytes.

In its previous biannual report on global telecoms trends, released in June, Ericsson forecast 4.5 billion smartphone subscriptions by the end of 2018. In Monday's report, that figure was raised to 5.1 billion.

"We have added not just another year, but we have also taken into account what we see in the market and what we see in different regions as a further uptake of smartphones," Ericsson's strategy chief, Douglas Gilstrap, told Reuters in a telephone interview.

He said smartphones would become more affordable while infrastructure build outs in Asia Pacific, the Middle East and Africa would help drive usage.

More than a quarter of a billion smartphones shipped in the third quarter, according to Strategy Analytics, an increase of 45 percent from the same quarter last year. Samsung made 35.2 percent of those and Apple 13.4 percent.

To meet the higher pressure on telecom networks as data traffic surges, operators will expand high-capacity 4G, or LTE, to cover more than 65 percent of the world's population by 2019, up from around 10 percent in 2012, Ericsson said.