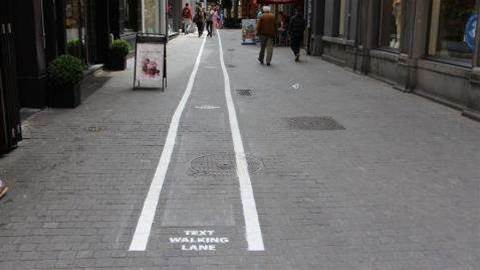 How often do you walk along the high street, texting your mum about Sunday dinner, only to crash into another walker doing the same thing?

No? Well apparently it happens a lot in Belgium.

In fact, it happens so often that dedicated text lanes have appeared on the streets of Antwerp, designed for smartphone users who wander through the city glued to their screens.

The white markings, which resemble bike lanes but that are in the middle of the street, were painted by Dutch mobile phone firm MLab. The company says it repairs up to 35,000 phones per day – and it turns out that much of this damage is a result of collisions caused by text-walking.

“Everyone text-walks,” a spokesperson for MLab told Metro. “You probably walk through the streets while texting or sending Whatsapp messages to your friends and don't really pay attention to your surroundings, only to whatever is happening on your screen”.

“This causes collisions with poles or other pedestrians. You could, unknowingly, even be endangering your own life while you 'text-walk' when you cross the street without looking up”. 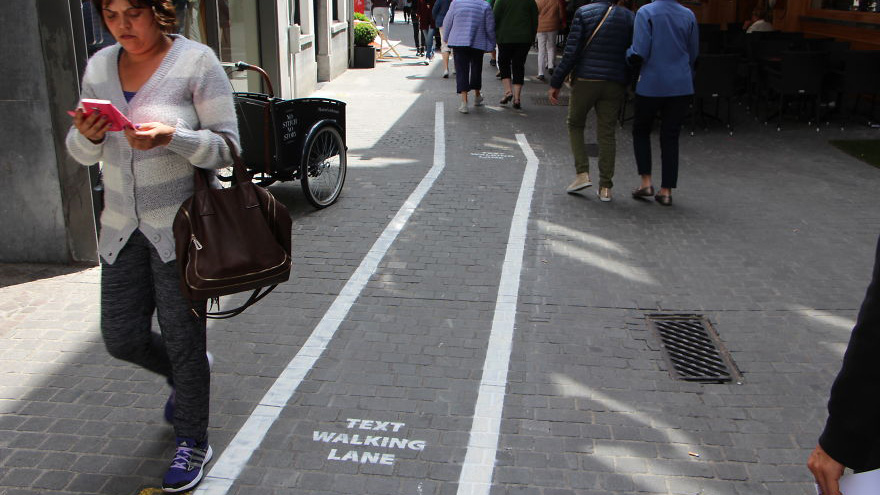 The lanes are clearly a gimmick, but MLab isn't the first to venture into the territory of mobile phone-related street markings. Last year, city authorities in Chongqing, China, created a 30m “cellphone lane” for pedestrians to use when on their phones. Washington DC also had a similar lane painted on 18th Street in 2014, set up by the National Geographic TV channel.

While “endangering your own life” might be a little extreme, a 2013 study at Ohio State University found that the number of text-walking injuries more than doubled in the US between 2005 and 2010.

Still, how you're expected to keep track of the lane when you can't even see people walking towards you seems like a bit of a problem.

Grow your software revenue by selling these 5 affordable, essential tools for the modern workplace
By a Staff Writer
Jun 17 2015
7:17AM