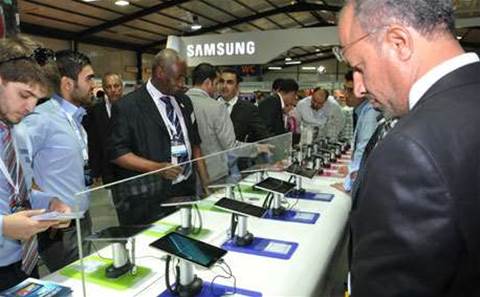 Analysts aren't shocked by the decline in PC market share, saying the rise in popularity of other mobile devices - such as large-screened smartphones, or phablets - is behind the shift.

"It's not terribly surprising… the shift toward smartphones being dominant in the smart connected devices market has been playing up for a while," Tom Mainelli, program vice president for devices at IDC, told CRN USA.

"In the last few years, sales for PCs have slowed down, primarily because tablets were impacting their purchases. Now, we're seeing tablets similarly affected by an increase in larger phones."

According to IDC, as recently as 2010 PCs made up 52.5 percent of shipments in the connected devices market, but the popularity of tablets, as well as larger smartphones, has cannibalised that number.

Meanwhile, according to IDC, the overall combined connected market of smartphones, tablets, PCs and 2-in-1s will grow 6.5 percent from 2014 to 2019.

IDC's Mainelli noted that the overall connected device market will continue to transform based on the development of different levels of interoperability across Android, iOS and Windows Phone.

"I think what's most interesting with Apple in particular is that the company continues to draw bold lines around its Mac OS X platform and its iOS platform in terms of what those two OSes mean for connectivity, while Microsoft bridges this interoperability in a single OS with Windows 8, and to a lesser extent, Windows 10 for connected devices," he said.

"Google has had more success around their Android platform, but also with their Chrome platform running in parallel. These three platform owners have three distinct answers to the rising popularity of interoperability among end users."

Eliminating departmental friction within MSPs
By Lindsey O'Donnell
Mar 24 2015
7:28AM