Smartphones to get optical zooms in 2015 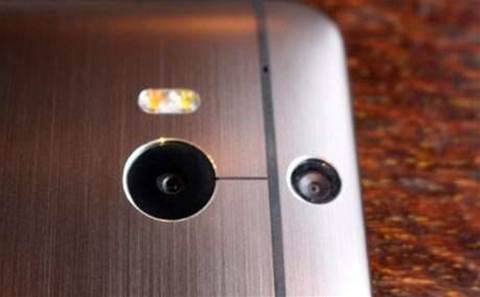 HTC’s in-house camera expert Symon Whitehorn has said that the company is beavering away on a solution for improving zoom quality in its smartphone cameras – and that he expects to see them rivalling DSLR cameras for performance within the next couple of years.

Speaking to Vodafone, Whitehorn claimed that DSLR-level image quality is “a boundary that everyone wants us to crack. As smartphones have become people’s primary camera, we expect more of them. We already outperform a lot of compact point and shoot cameras, but we want to approach the performance of regular cameras.”

The way Whitehorn sees the gap being closed is zoom quality. Current smartphones use digital zoom, which is really just cropping an image and results in a loss of quality. Regular cameras generally feature an optical zoom, which uses multiple lens elements and thus don’t reduce the megapixel count of the image.

The problem is, these multiple lens elements take up a lot of space – and with phone manufacturers keen to keep things thin, it’s really not practical to squeeze them into their handsets.

Companies have experimented with optical zooms in phones in the past – we recall a particularly gruesome Samsung dumbphone with a 10x optical zoom from around 8 years ago, and the same company’s rather more svelte (but still huge, by smartphone standards) Galaxy S4 Zoom. But these are curios, not smartphones as most people understand them. HTC wants to change that.

“Optical zooming for smartphones is not that far off for HTC,” says Whitehorn. “I can’t give to much away, but within 12-18 months we’ll see huge advances in phone optics.”

The result, Whitehorn believes, will be phones that equal all but the best dedicated cameras when it comes to image quality. Surely that’s a threat to the camera business, though? Whitehorn doesn’t necessarily think so: “What we’ll see is these things working more harmoniously together. Camera companies will start to embrace the ecosystem we have in phones, and the two will start working in partnerships.”