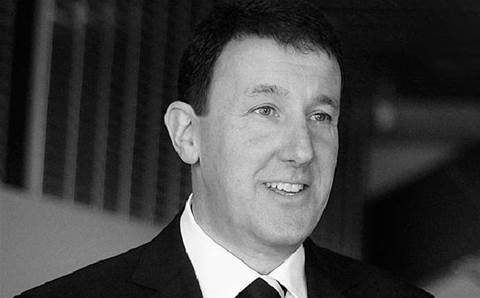 SMS Management and Technology has opened up on the confluence of events which led to an "extremely disappointing" 2016.

Chairman Derek Young admitted that a business restructure in 2015 led to its sales pipeline collapsing. On 1 July 2015, the company implemented a "national sales and delivery restructure" to realign its state and regional sales under a national structure. This led to a "serious deterioration" of SMS sales pipeline, and a loss of focus on its core Advisory and Solutions business.

Young said the focus on large-scale managed services also caused "significant internal disruption" and a loss of focus the Advisory and Solutions business.

"Both of these factors had a negative impact on our sales performance and staff engagement which in turn significantly impacted contract wins and revenue, particularly in the second half of the 2016 financial year," he said.

There was also a "transformation project for a large client" which was unexpectedly cancelled, leading to 40 consultants who were under-utilised.

Former chief executive Jacqueline Korhonen resigned in May after more than a year in the role. She was replaced by former chief financial officer Rick Rostolis. The termination costs of senior management led to another $700,000 charge.

SMS's workforce shrunk by about 100 staff, now down to 877, after deciding not to rehire

Rostolis outlined SMS's three-year plan to turn the company's fortunes around at its most recent annual shareholder meeting.

Following a review, Rostolis outlined revitalising the core Advisory and Solutions business as the first priority, by "aligning our sales and delivery teams at a state and regional level."

The second priority is to reassess the size of managed services contracts SMS will pursue. Rostolis pointed to a recent contract win with ACT Education worth $8.7 million as an example.

The third priority is broadening the company's service offerings in its Advisory and Solutions business. Rostolis said that SMS continued to have a successful relationship with Microsoft and planned to replicate that across its other services.

Looking to 2017, SMS expects revenue to continue to suffer with revenue ranging from $150 million to $155 million for the first half of the year. Earnings are expected to be between $4.5 million and $5 million.

"I remain positive about our future prospects as we execute on our business strategy to deliver growth and improved profitability," said Rostolis. "Our strategy is aimed at being an employer of choice while providing superior client outcomes in what remains a very competitive market."

Grow your software revenue by selling these 5 affordable, essential tools for the modern workplace
By Brendon Foye
Nov 14 2016
12:27PM