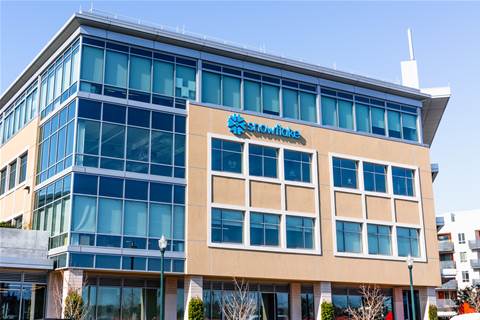 Despite posting over 100 percent year-over-year sales growth for its fourth fiscal quarter 2022, along with unveiling plans to acquire data application specialist Streamlit, Snowflake’s stock is down 19 percent as of Thursday morning.

Snowflake saw its shares drop as much as 30 percent in after-hours trading Wednesday night in the US after the data cloud services provider reported its slowest revenue growth—101 percent—in years and revenue of US$384 million for its fourth quarter. The company also reported a net income loss of US$132 million.

However, Snowflake’s stock drop was likely due to its disappointing fiscal year 2023 revenue guidance of approximately US$1.89 billion, which would represent 66 percent growth annually compared with the fiscal year 2022. This revenue projection for its current fiscal year fell short of Wall Street’s consensus estimate of US$2 billion.

The company first went public in September 2020 at US$120 per share, but it immediately doubled to US$240 per share on its first day of trading. As of Thursday morning, Snowflake’s pre-market stock stood at US$214.80 per share, down from US$264.69 at Wednesday’ close

Snowflake To Buy Streamlit For US$800 Million

“When Snowflake and Streamlit come together, we will be able to provide developers and data scientists with a single, powerful hub to discover and collaborate with data they can trust to build next-generation data apps and shape the future of data science,” said Benoit Dageville, Snowflake co-founder and president of products, in a statement.

Snowflake will acquire Streamlit for US$800 million, of which 80 percent will be paid for in stock and the rest in cash.

Streamlit provides an open-source framework to allow developers and data scientists to build and share data applications in a quick manner without the need to be an expert in front-end development. The company said it makes creating web applications from Python fast and easy so apps can be deployed in hours with only a handful of lines of code needed.

Streamlit has over 8 million downloads, and more than 1.5 million applications have been built using its framework.

By combining Snowflake and Streamlit, the joint company will enable developers to build apps using tools they know with simplified data access and governance, according to the two companies.

Streamlit users will get greater resources for continued innovation on Streamlit’s framework and easier access to secure data to power their data applications. For Snowflake customers, they will be able to leverage Streamlit’s application development framework to unlock data within the Snowflake Data Cloud. Both will benefit from an even larger and more active community contributing to the Streamlit framework.

“Streamlit’s community of developers, open-source contributors and creators is core to our success and we’re always looking for ways to further support the community with simple and powerful tools to build apps,” said Streamlit co-founder and CEO Adrien Treuille in a statement. “By joining forces with Snowflake, both the Streamlit and Snowflake developer communities will be able to tap into cutting-edge technologies for unlocking data’s true potential.”

Snowflake’s Powered by Snowflake partner program, launched in June, now has more than 100 members with channel leaders expecting that number to grow exponentially in the calendar year 2022.

Grow your software revenue by selling these 5 affordable, essential tools for the modern workplace
By Mark Haranas
Mar 4 2022
8:31AM